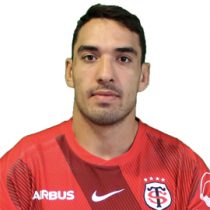 Arnold was born in Wagga Wagga and raised in Murwillumbah on the Far North Coast of NSW, he attended Murwillumbah High School and played junior rugby league until the age of 16.

Standing at an imposing 208cm tall, Arnold began playing with local club the Murwillumbah Bananas before moving north to play with Bond University in the Queensland Premier Grade competition.

He was quickly picked up by Queensland Country for the 2015 National Rugby Championship. Despite mixed results as a team Arnold personally impressed in limited action, being rewarded with a Super Rugby contract by the Western Force for the 2016 season.

After an injury-derailed first season in Perth, Arnold finally made his Super Rugby debut in 2017 for the Force, showing great physicality and set-piece ability in seven appearances for the side.

Twin brother to Brumbies and Wallaby lock Rory Arnold, Richie is a strong ball carrier and an asset at the line-out.

In June 2017, Western Force confirmed the re-signing of Arnold for the next two seasons after an impressive debut campaign in Perth.

In November 2017, he joined the Brumbies before bidding farewell to the Canberra side after 10 appearances.

Arnold signed for Toulouse in January 2019.

Under contract with the Yamaha Jubilos, he remained in the Toulouse ranks during the World Cup before returning to Japan.

Forced to put an end to his career in Japan because of the Covid-19 epidemic, the Australian giant had only played 2 matches with the Japanese province.