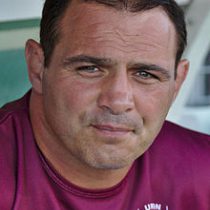 Ibanez began his playing career with the US Dax in 1998, before moving to two other French clubs, USA Perpignan and Castres Olympique.

His playing stints include playing for the Saracens before finishing his club career at the London Wasps.

Ibanez made his debut against Wales in 1996 and went on to win 72 caps for his country, including 27 as captain, before his first retirement from international rugby in 2003.

French coach Bernard Laporte pleaded with Ibanez to get back into the fold after fellow hooker William Servat was ruled out of the autumn schedule with a neck injury. The return saw Ibanez add 26 more France Test caps, 15 of them as captain, before announcing his second and final international retirement in 2008.

He became coach of the Bordeaux Bordeaux Bègles in 2012 and coached the side until 2017.

Ibanez went on to work as a rugby pundit before he joined the coaching staff of New Zealand club Thames Valley for a short spell of just a few weeks.

In 2019, it was confirmed that Ibanez would join the French coaching staff after the Rugby World Cup in Japan as the side's manager.

He will work alongside new head coach Fabien Galthie.