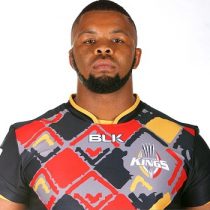 He was included in the Eastern Province Kings senior side for the 2014 Vodacom Cup competition and made his senior debut by starting in their 17–10 opening day defeat to Kenyan side Simba.