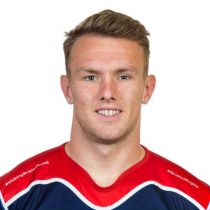 Carpenter was a regular in the English under 18 and 19 squads on 2012, so its no suprise that Bristol snapped him up. Since making his debut in 2013, Carpenter has continued to be part of the Bristol senior side.

Nick featured ten times for Bristol in their promotion winning 2015/16 season but has yet to appear in the Blue and White this term as he completed his recovery from a serious shoulder injury.

The centre was added to the Doncaster Knights squad on dual-registration until the end of the season in the 2016/17 season, he was released at the end of that campaign by Bristol, linking up with newly promoted Hartpury College RFC.