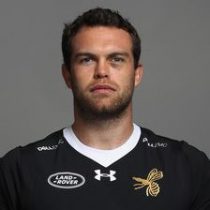 He can play anywhere across the back row, with his versatility key to Wasps side.

In January 2016, Rieder was awarded his first start for Wasps against Northampton Saints in the Aviva Premiership.

Rieder, whose versatility allows him to play anywhere in the backrow, joined Wasps ahead of the 2015/16 campaign and has made 24 appearances for the club, including 17 appearances already this season.

Since arriving at Wasps, Rieder has continued to demonstrate the form that led to him being nominated for Championship Player of the Year in 2014/15.

Wasps announce that back row Rieder has signed a new contract with the club ahead of the 2017/18 season.

In November 2017, Rieder extended his contract with Wasps, Rieder has made 30 appearances in black and gold in total since arriving from Rotherham Titans in 2015.