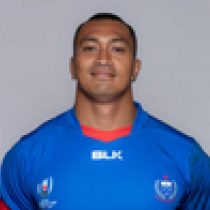 Piula is a Samoan flanker currently playing for Toulouse in the French Top 14.

Having arrived in France in 2008 - Piula has progressively increased levels after spending a season with Niort (Federal 1), three with La Rochelle (Pro D2) before moving onto Castres in 2012 (Top14) until 2016. Piula became Champion of France in 2014 as Castres won the TOP14 title.

A few months later, he joined Toulouse and has become a leading figure in the side with his ability to slot in at second row or flanker.

He made 25 appearances during his debut season.

As of the 2018/2019 Champions Cup, Fa'asalele has had 28 European Cups appearances scoring 2 tries. In June 2019 he was named in the Samoa Squad ahead of the Pacific Nations Cup