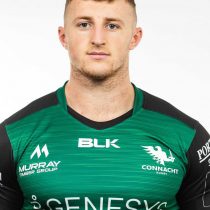 Robb joined the Connacht academy in 2014 representing the province's second-tier side, the Connacht Eagles until he was called up into the senior squad in 2015.

He has represented Ireland at under-age international level and was part of the Irish under-20 squad in the under-20 Six Nations.

In October 2016, Robb extended his stay at Connacht, signing to remain at Sportsground until at least the summer of 2018.

After 26 appearances for the senior side, he signed an undisclosed contract with the province in April 2018.

After recovering from a number of injuries Robb amassed 10 appearances in the 2019/20 season before signing a new deal in February 2020.

As of April 2020, he has made a total of 44 appearances for the Irish province.