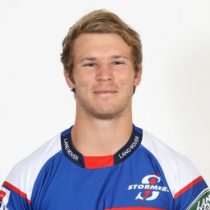 After school de Wet joined the Western Province Academy and represented the U21 side.

In 2017 he was named in the Maties Varsity Cup squad and helped the side reach the Varsity Cup final.

His form with Maties and the Western Province U21s lead to him being named in the Stormers wider squad for the 2018 Super Rugby season.