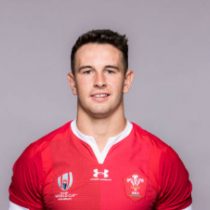 He was a regular feature in the Wales U20 squad during 2015 where he played in all 10 Six Nations and Junior World Championship fixtures.

He made his senior debut for Ospreys against Munster in September 2015 and made 10 appearances before signing his first professional contract with the side in April 2016.

In November 2017, an uncapped Watkin was included in a 36-man Wales squad for the November International matches against Australia, Georgia, South Africa and New Zealand.

He won his first two senior Wales caps in November 2017 against Georgia and Australia.

In January 2018, Watkin signed a two-year contract with Ospreys and was named in the Wales squad for the 2018 Six Nations.

He featured in two of Wales 2018 Six Nations matches and went into the June Tests with 4 test caps to his name.

He was involved in Wales’ Six Nations Grand Slam in 2019 and also featured at that year’s Rugby World Cup in Japan as he helped his country to a fourth-placed finish.

January 2020 saw him sign a new deal with Ospreys following 49 appearances for the region.