Wallabies lock Rob Simmons has extended his stay at the NSW Waratahs after signing a two-year extension with Rugby Australia and New South Wales Rugby Union.

The 30-year old is now in line to become just the 11th Australian Test centurion should he earn six more Wallabies caps.

Four new players have been included in the squad as well as a few players who missed out on the All Black squad https://t.co/1kcvtvMdvc

Having missed out on the All Blacks squad, the likes of hooker Nathan Harris, prop Tyrel Lomax, lock Tom Franklin, loose forward Akira Ioane and halfbacks Bryn Hall and Te Toiroa Tahuriorangi will all have another chance to show their wares heading into this year's World Cup in Japan.

The All Blacks have confirmed a 39-man squad for the upcoming Rugby Championship matches against Argentina and South Africa.

The squad includes four debutants with the likes of Liam Squire, Waisake Naholo and Ma'a Nonu missing out.

Revealed: Why Liam Squire missed the All Blacks squad

The All Blacks first-choice blindside flanker made himself unavailable, find out why and what Steve Hansen had to say about it 👇 https://t.co/7n8a7EtAw3

Highlanders flanker Liam Squire was a notable absentee from Steve Hansen's All Black squad for the Rugby Championship named on Tuesday, with the All Blacks' coach revealing that the hard-hitting flanker made himself unavailable for selection.

Seen as the All Blacks' first-choice No 6, the 28-year-old told Hansen that he didn't feel like he was ready to pull on the black jersey.

James O'Connor back in Wallabies training 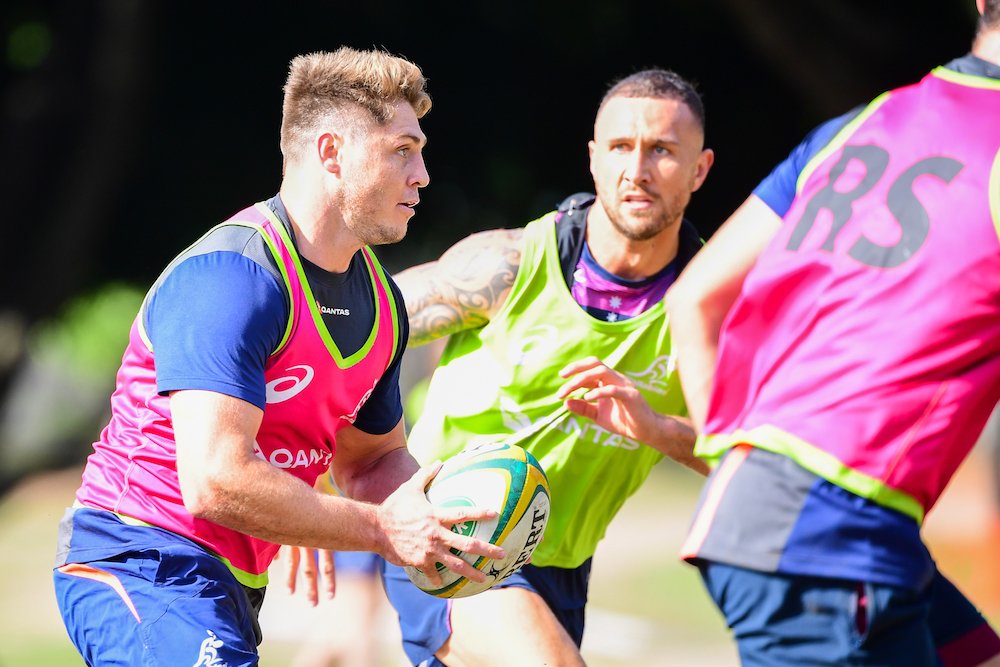 James O'Connor has linked up with the Wallabies training squad following his early release from his Sale Sharks contract. The 44-test cap International is reportedly set to sign with the Queensland Reds.

Bulls and Springbok winger Travis Ismaiel will join his Bulls teammate in the Premiership signing with the Harlequins for the 2020/21 season.

Staying with the Premiership, the Sale Sharks snapped up another test back rower with Mark Wilson joining the side on loan from Newcastle Falcons.

The 32-year-old will link up with the squad next week, continuing an impressive career in professional rugby.

Canada caused somewhat of an upset beating France 19-36 yesterday while the Black Ferns cruised to a 33-0 victory over USA.

Catch up with the games HERE