Ahead of their clash in the United Rugby Championship quarter-finals, we take a look at Ulster & Munster's route to the knockouts.

But for the distraction of Champions Cup rugby, Ulster may well have been in the pound seats when the Vodacom United Rugby Championship play-offs came into focus.

The Irish club showed their pedigree in doing the double over table-topping Leinster to ultimately cross the finish line in third place with 12 wins and six losses.

Ulster powered out of the gates with wins against Glasgow Warriors, Zebre Parma, Benetton and the Emirates Lions to secure second place after four rounds, and they put together another run between the end of January and the middle of March, scalping Scarlets, Connacht, Dragons, Cardiff and Leinster in succession.

However, both streaks were followed by losses that spanned Ulster’s European commitments.

Champions Cup victories against Clermont and Northampton appeared to come at the expense of their Vodacom URC ambitions as the Irish club suffered a surprise defeat against Ospreys before travelling to France, and then went down 18-13 at Munster after beating Northampton.

And later in the season there again appeared to be hidden costs as Ulster endured a winless tour of South Africa before the Champions Cup two-leg Round of 16 against Toulouse, and they were again beaten by Munster on returning to Vodacom URC duty. They finished the season with an outstanding home win against the Cell C Sharks, which ensured a home quarter-final. 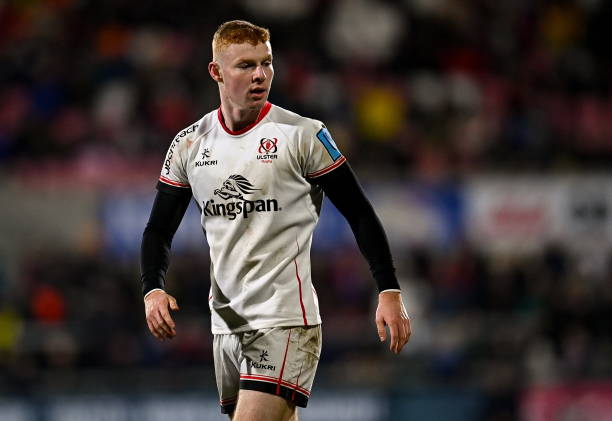 While fullback Mike Lowry offered great value in attack, and Ireland flanker Nick Timoney led the team with six tries and the league in tackles completed, it was 20-year-old scrumhalf Nathan Doak that provided the consistency in Ulster’s campaign.

Son of former Ulster coach Neil Doak, Nathan started 11 matches and yet finished as the club’s leading point scorer, dotting down for three tries and kicking the remainder of his 116 points.

Lowry scored a try and Doak kicked two penalties and a conversion as Ulster edged Leinster 18-13 in March, but sweeping the defending champions wouldn’t have been possible without the earlier victory against the eventual log-leaders in Dublin.

Tries from Greg Jones and James Hume, complemented by the boot of Doak and John Cooney saw Ulster hand Leinster their only home loss of the Vodacom URC season.

ROAD TO THE PLAY-OFFS: MUNSTER (6TH)

Munster this season beat four of the seven other teams to finish in the Final Eight and yet they travel to Belfast for the Vodacom United Rugby Championship quarter-final against Ulster.

A glance at the highlights of Munster’s season leaves Limerick locals wondering why Thomond Park is not the venue for the primetime Vodacom URC match in Ireland on Friday night.

Munster popped the cork on the inaugural Vodacom URC season with commanding home wins against the Cell C Sharks (finished 5th) and DHL Stormers (2nd), Edinburgh (7th) and they completed the double against Irish rivals Ulster (3rd) in Round 16.

Though they were twice beaten by log leaders Leinster, Munster came within three points of winning in Glasgow (8th) and six of beating the Vodacom Bulls (4th) at Loftus Versfeld.

Unfortunately for coach Johann van Graan, Munster’s penchant for beating the ‘big boys’ at Thomond Park was matched by an equal propensity for getting lost on the road against teams tucked into the lower half of the table. Munster lacked direction in losses at Ospreys (9th), Connacht (11th) and the Emirates Lions (12th).

With Van Graan soon to bow out, Munster will be determined to right the wrongs of squandered opportunities by winning in Belfast for the second time this season to complete a three-peat against Ulster. 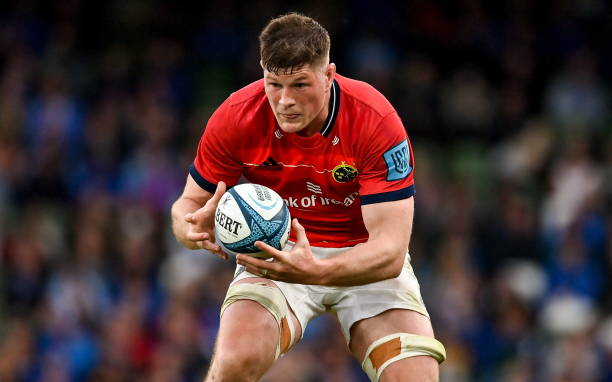 Simon Zebo tied the team lead for tries with seven scored in 10 matches for Munster this season, including a hat-trick against Edinburgh. A great achievement from the 35-capped Ireland wing that was outdone only by loose forward Jack O’Donoghue, who in January became the youngest player in Munster history to make 150 appearances for the Irish province.

O’Donoghue, 28, also scored seven tries and showcased his versatility by ranking among Munster’s top three in a variety of statistics including tackles, carries and offloads, and made the most passes among the forwards.

One week after hosting and beating Exeter Chiefs in the Champions Cup Round of 16, Munster marched on Kingspan Stadium to battle Ulster.

Springbok centre Damian de Allende was prominent as the visitors took control of the game. Veterans Stephen Archer and Keith Earls scoring tries for a 15-3 half-time advantage and flyhalf Joey Carbery kicking three penalties in the second stanza for a 24-17 win that promoted Munster into second place with two rounds remaining.