The New Look Tigers: How Leicester could line up when the Premiership returns

An influx and exodus of talent at Welford Road will see a very different looking side turn out for the Tigers once the Premiership resumes on Friday 14 August.

The Tigers' first tasks will be to front up against Premiership leaders Exeter at Sandy Park following the departures of Manu Tuilagi, Noel Reid, Greg Bateman, Kyle Eastmond, Telusa Veainu and Sione Kalamafoni.

While the club has managed to keep a number of key players in the likes of Jordan Taufua, George Ford and Ellis Genge, the mass departures have meant that Steve Borthwick has had to do some good business in the player market.

The new recent signings by the club took the tally of new additions to 18, which includes six promoted from the club's Academy. We take a look at a potential starting line up the former England International could turn when the Premiership gets back underway. 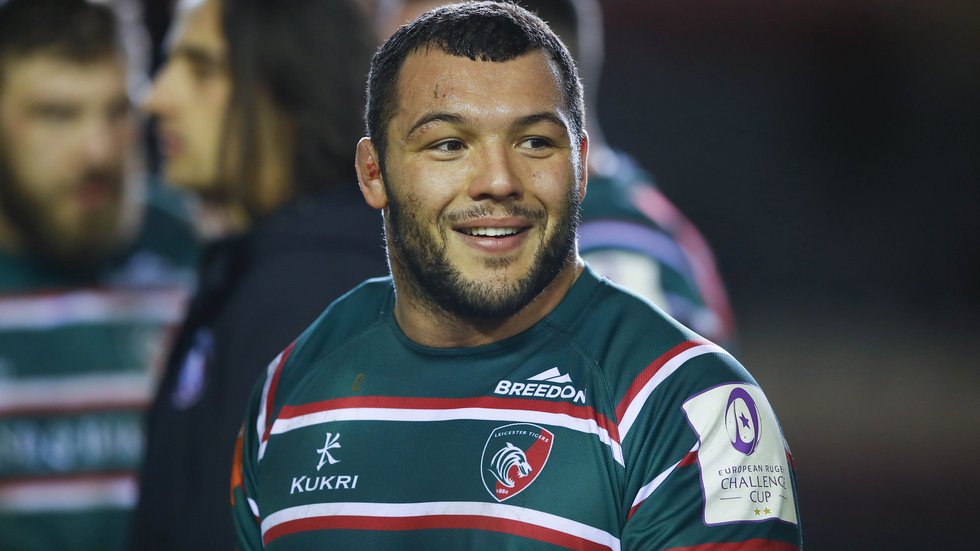 Genge signed fresh terms with the club during lockdown and is the front runner for the #1 jersey, particularly with his form with England during the Six Nations.

Facundo Gigena also agreed an extension with the club and expected to provide cover for Genge from the bench with Nephi Leatigaga also covering both sides of the scrum. 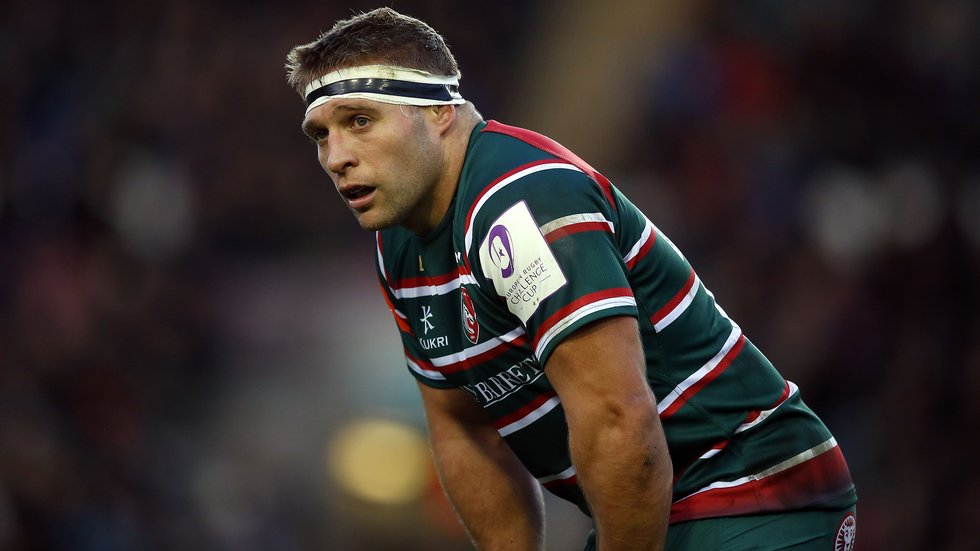 Youngs is expected to continue as the club captain and go to starting hooker. Steve Borthwick will be eager to stamp his mark on the squad in first season in charge but considering the mass change at the club, it is unlikely he will move away from an established hooker and leader in the side.

New signing Shalva Mamukashvili is likely to provide cover for the club captain with Charlie Clare and Jake Kerr also in the squad. 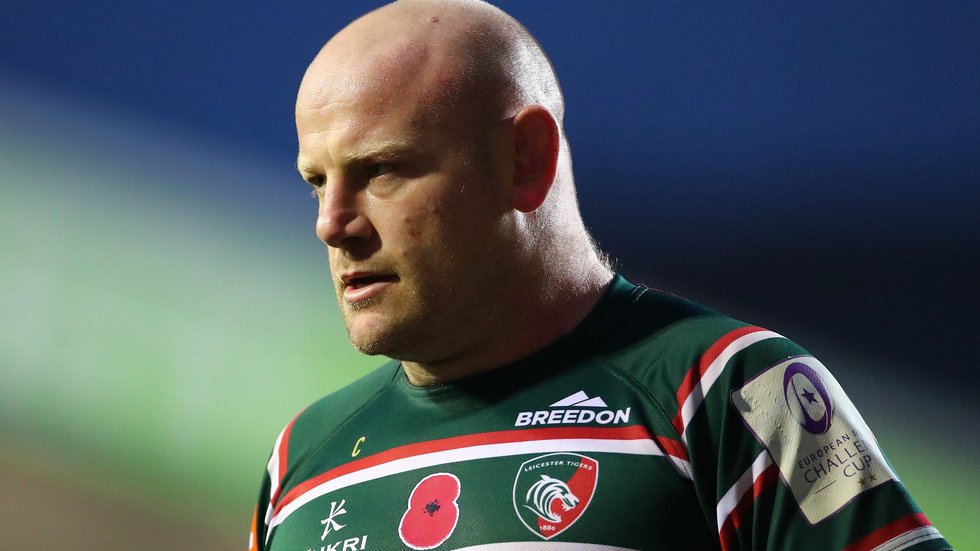 A regular starter for the club, Cole is set to complete a formable front row with Youngs and Genge providing the side with a stable set piece to launch from.

Young Joe Hayes is set to pack a punch off the bench with his fellow front-rowers from Georgia and Argentina and Nephi Leatigaga once again able to cover both loosehead and tighthead roles. 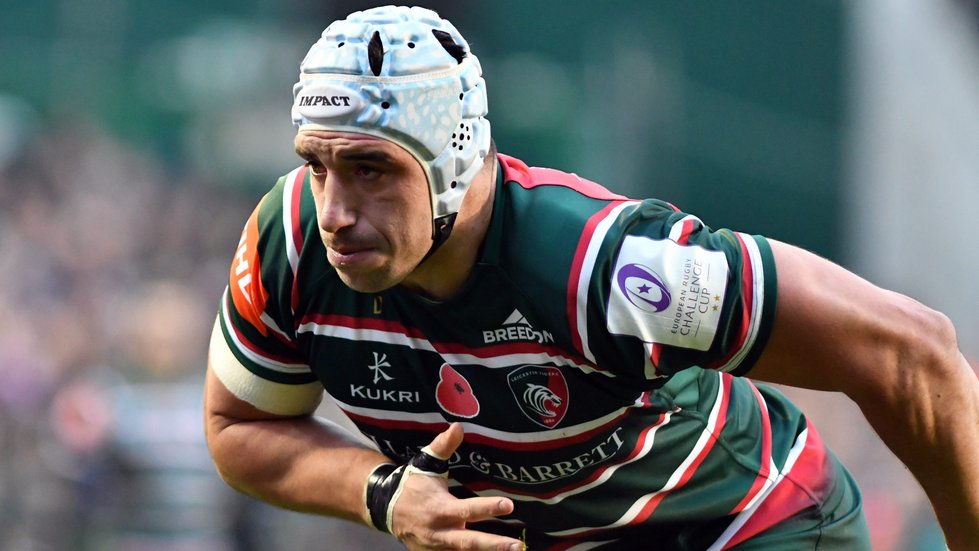 Leicester were able to hang onto their aggressive and effective Argentine second-rower despite interest from France.

The powerful Los Pumas is set to pack down in the engine room with incoming former Brumby Blake Enever also vying for a starting role. 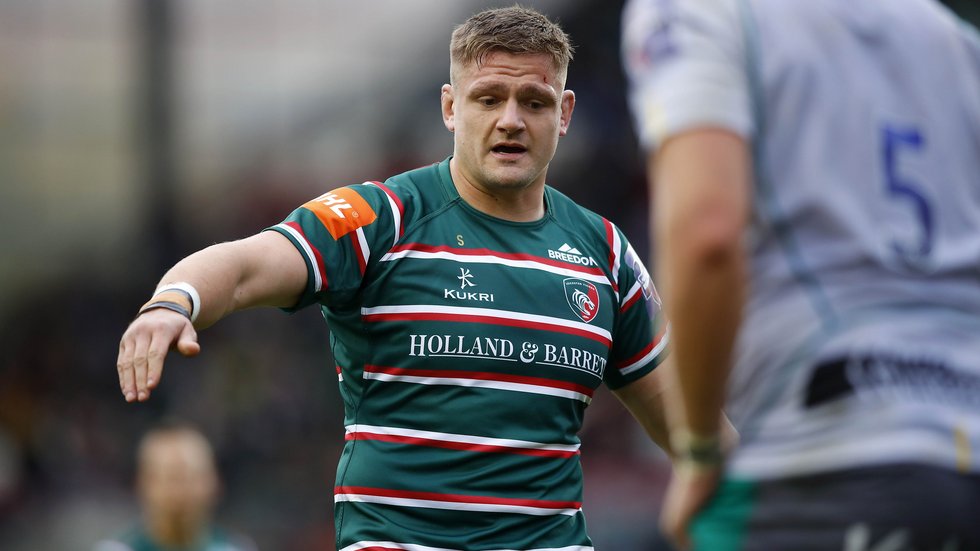 Altough the signing of Blake Enever will put pressure on both Lavanini and Green, it is likely the combination pre-lockdown will remain in the second row.

Sam Lewis and Harry Wells will also push for starting roles with Hanro Liebenberg also capable of playing in the second row making it a competitive position.

Cyle Brink was on the cusp of earning a test debut for the Springboks in 2018 before injury struck and has struggled to regain his fitness since.

If he is able to get an injury-free start to his time at Welford Road, Brink is likely to start on the blindside for the Tigers bring hard and abrasive ball carries and an excellent work ethic.

With the likes of Harry Wells, Sam Lewis, Jordan Coghlan and Hanro Liebenberg all in the mix, Brink won't have a smooth ride into the starting XV.

There were fears that Jordan Taufua could leave Welford Road in the same way Manu Tuilagi and others did but the New Zealander did eventually accepted a pay reduction.

The news that the Beast would stay at Welford Road is a massive boost for Borthwick's side and the powerful former Crusader is the most likely player to feature in the side's starting back row. 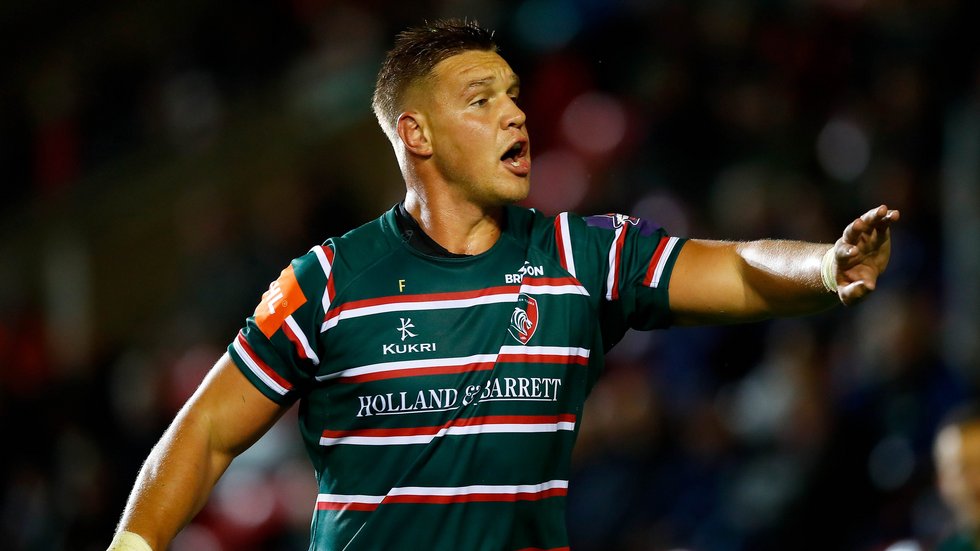 The former South African u20 captain has featured regularly on the blindside of the scrum for Leicester since arriving at side but he could revert to a more familiar role under Steve Borthwick's tenure.

Liebenberg can also play in the second row for the side, as he did in France, but regularly played at no.8 for the Bulls during his time in Pretoria.

The departure of Sione Kalamfoni to Scarlets leaves a vacancy in the Tigers pack, one the South African is capable of filling. 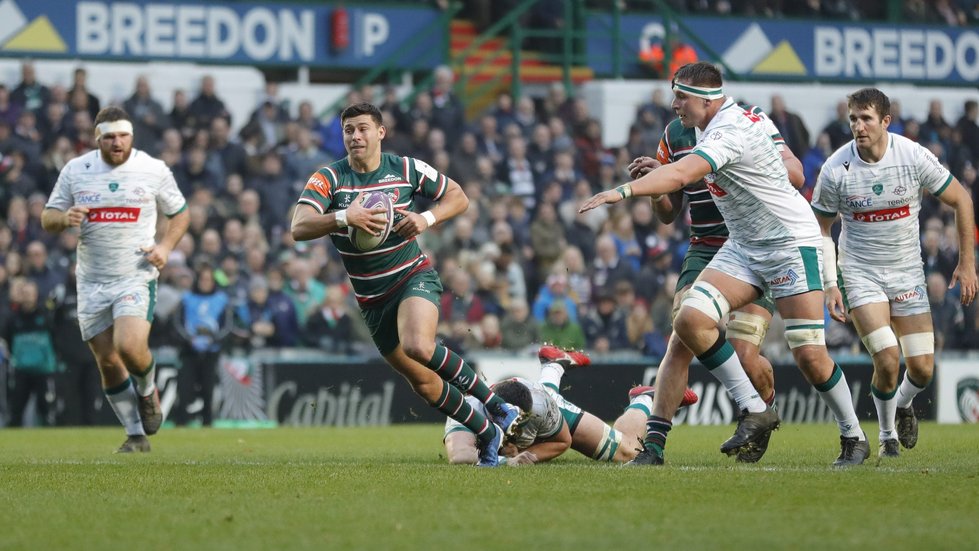 Ben White will be eager to impress his new boss but with the mass change at the club it's unlikely that anyone other than Ben Youngs will start in the nine jersey.

It's hard to argue with the inclusion of England's most capped scrumhalf starting the new era at Leicester. 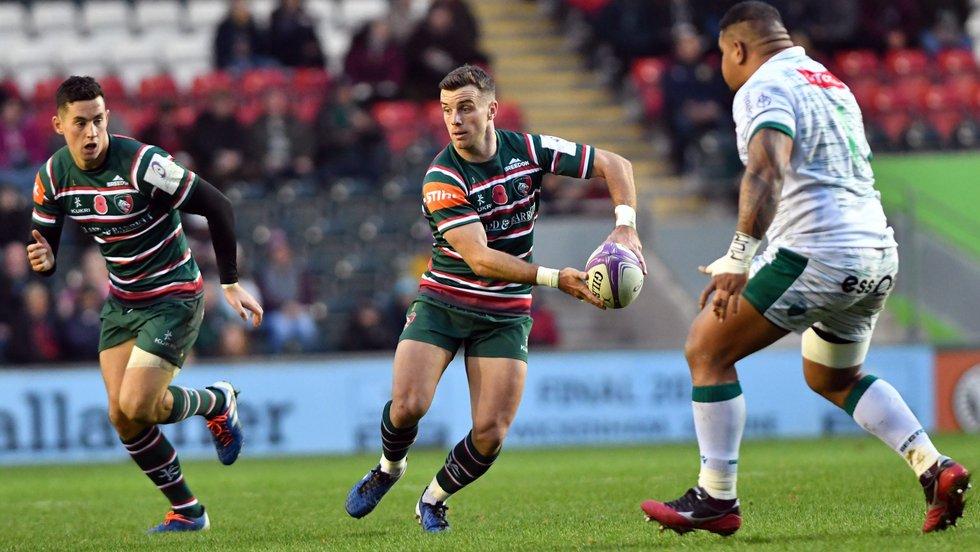 The more things change, the more they stay the same.

Like Youngs, Ford is set to be trusted with the pivot role at Tigers and with Borthwick getting a close look at the flyhalf during his time with England, it's unlikely to see any other player featuring at flyhalf at the resumption of the competition.

New signing Zack Henry will bring a fresh and exciting approach to the game judging on his exploits in France.  Johnny McPhillips and Tom Hardwick will also press for inclusion in the conversation.

Jordan Olowofela, Sam Aspland-Robinson, David Williams and new signing Harry Potter won't give the Fijian powerhouse a free ride to the starting jumper but it's hard to imagine that Borthwick would deny the Tigers' faithful the opportunity of seeing Nemani Nadolo terrorise defences. 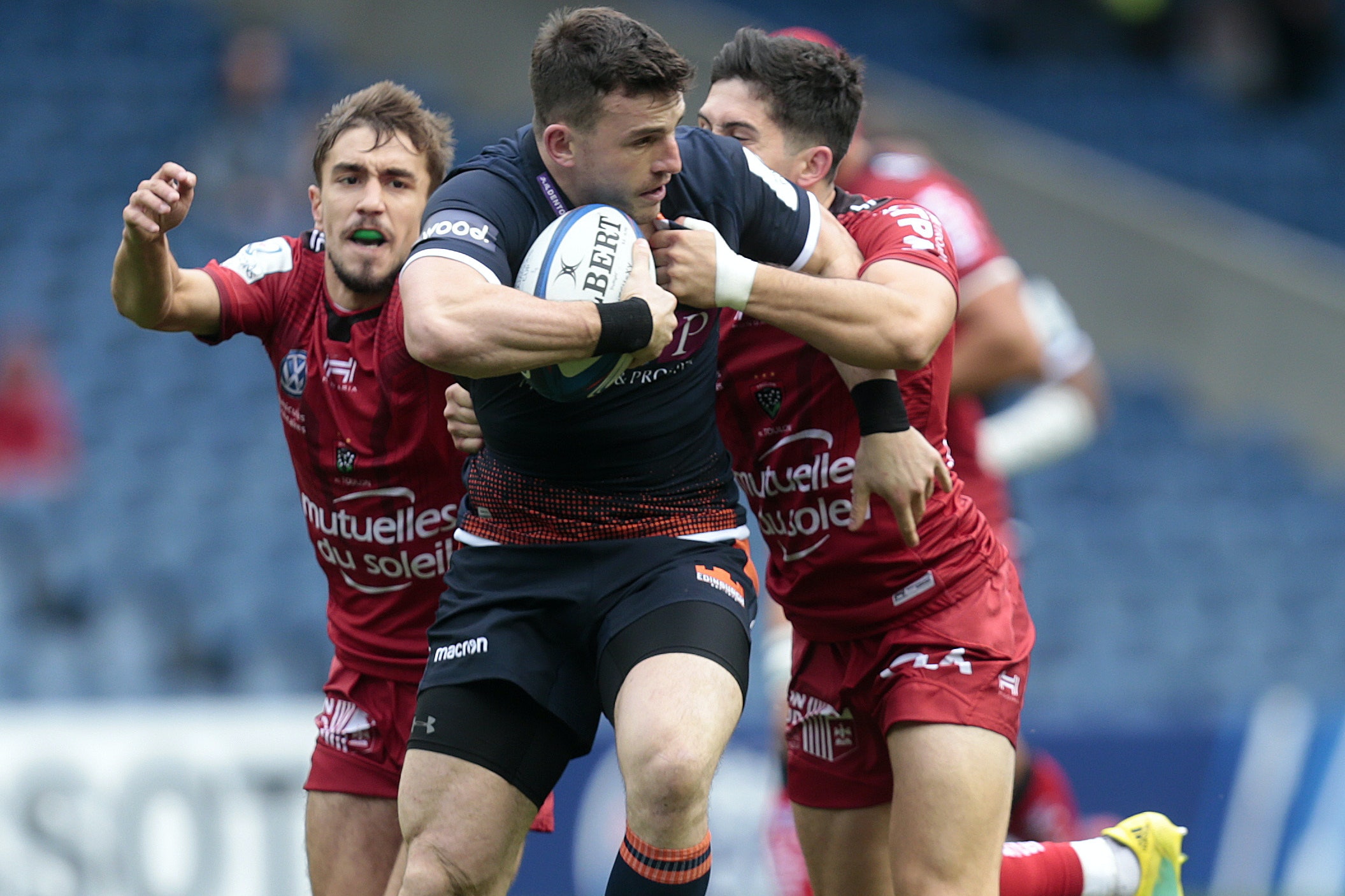 Borthwick will have a tough task in replacing the midfield combination of Kyle Eastmond and Manu Tuilagi but the signing of Matt Scott from Edinburgh is a step in the right direction.

Springbok Jaco Taute is another option Borthwick has at his disposal if the South African remains fit. Tom Hardwick could also slot into the #12 jersey while George Worth and Harry Potter could fit into the midfield.

Steve Borthwick's new additions, particularly in the backline, has given him a number of options.

The likes of Nadolo and Moroni could play on the wing or at centre as too could Kobus van Wyk. Matias Orlando held onto the #13 jersey for both Argentina and the Jaguares with Moroni playing on the wing.

A strong ball carrying and speedy back, Moroni is likely to slot in the void left by Manu Tuilagi. Moroni does offer a similar skillset to the side to what Tuilagi did. However, once he arrives at Welford road he is likely to form an attacking back three alongside a pair of Fijians. 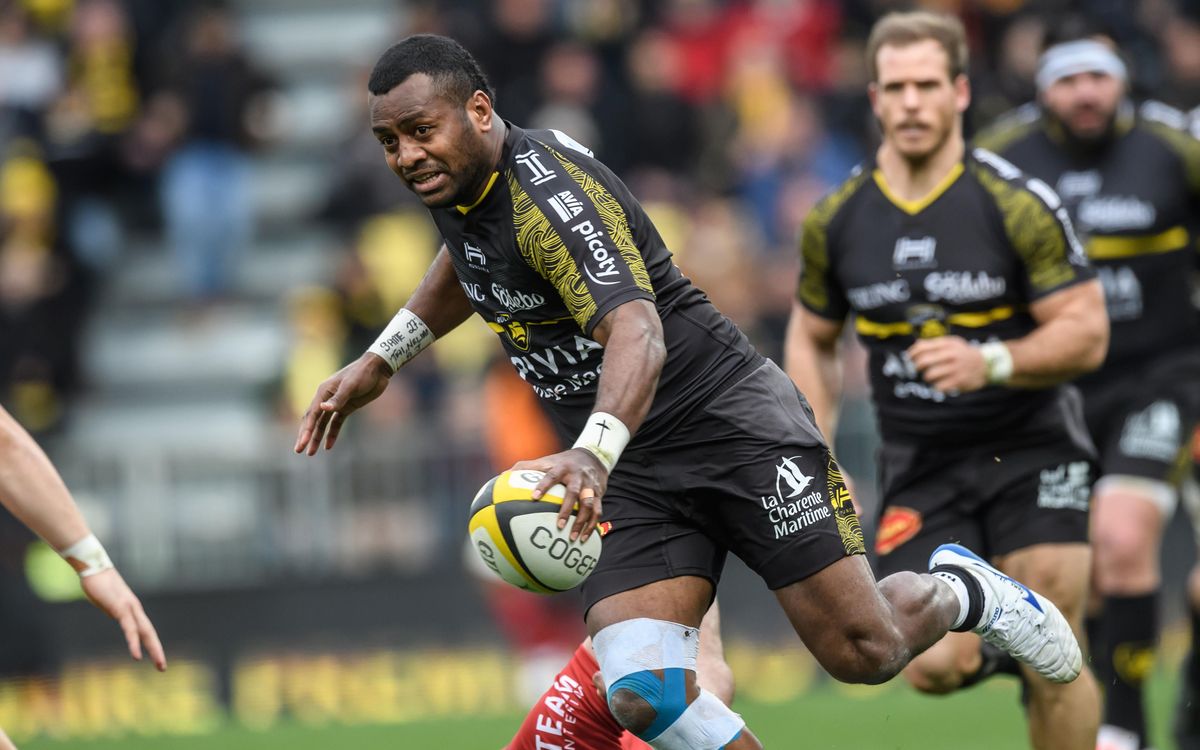 Superstar Tongan fullback Telusa Veainu left a massive impact at Welford Road and it was always going to be difficult to replace the hugely popular fullback at the club.

However, Steve Borthwick plucked a superstar Fijian to fill the vacant role. A starter for Fiji, Kini Murimurivalu has spent the last eight years churning out stellar performances for La Rochelle in France.

Murimurivalu has what it takes to make it big at Welford Road and is more than a capable replacement for Veainu.