France head coach Fabien Galthie has named his matchday 23 to face Wales at the Stade de France on Saturday.

With Damian Penaud out injured, Racing 92 winger Teddy Thomas has returned to the starting XV for the side and joins Vincent Rattez and an inform Anthony Bouthier in the back three.

Gael Fickou and Virmi Vakatawa start in the centres with Arthur Vincent - who started at inside centre when the side met earlier in the Six Nations - taking a place on the bench.

The backline is completed with the dangerous halfback pairing of Antonie Dupont and Romain Ntamack. Upfront Cyril Baille and Julian Marchant are joined by Mohamed Haouas who retains his starting jersey despite getting sent off for punching in France's loss to Scotland.

Bernard Le Roux and Paul Willemse pack down in the second row while the same back row that feature against Wales in Cardiff is retained with Charles Ollivon captaining the side with Gregory Alldritt at no.8 and Francois Cros at blinside.

Camille Chat, Jean Baptiste Gros and Demba Bamba provide front-row cover on the bench. Romain Taofifenua, Dylan Cretin, Thomas Ramos and Baptiste Serin all feature from the bench, as they did in Cardiff, while Matthieu Jalibert misses out after he failed to link up with the squad after a COVID-19 outbreak at Bordeaux. 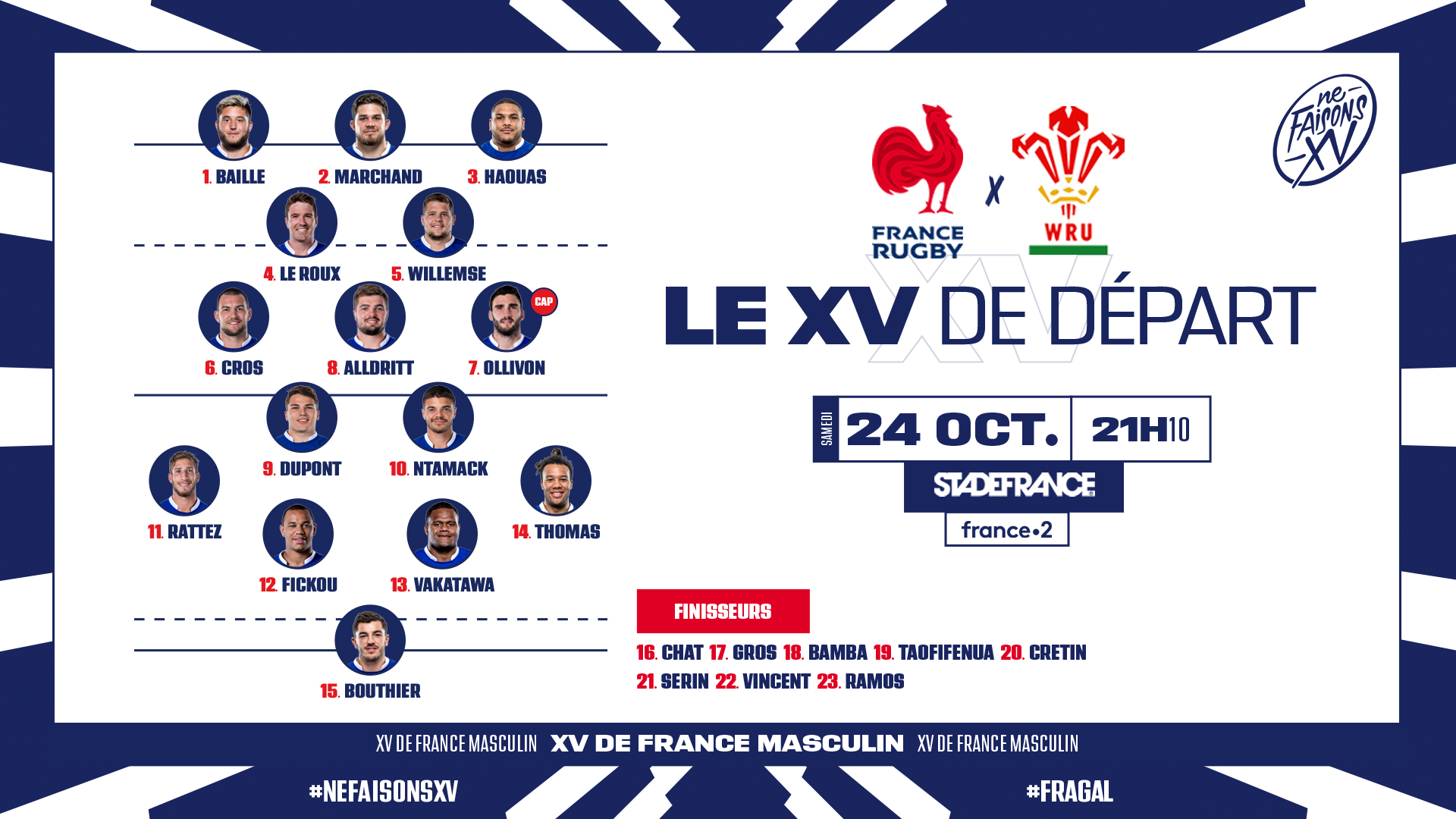