Eddie Jones raised a few eyebrows when he named his England squad for the 2020 Six Nations as he didn't name an out and out no.8 in the squad despite Billy Vunipola being ruled out of the competition.

Jones did state that the squad would be for the first few rounds of the competition and that Lewis Ludlam and Nathan Earle could fill the void left by Vunipola.

However, many were perplex by the decision to leave out like for like replacements in the likes of Nathan Hughes, Sam Simmonds and Alex Dombrandt.

While all three players mentioned missed out on the squad, they all stepped up and made a point in the Premiership this weekend.

Hughes was a regular squad member for Eddie Jones before the Rugby World Cup in Japan but was dropped from the squad before the tournament.

While Hughes hasn't always proved himself at test level, he is a really strong ball carrier and offloads the ball well, two things Vunipola is exceptional at.

Hughes has been operating in a wider role for the Bristol Bears but he did wreak havoc against Gloucester. He carried strongly, tackled well and even showed off some of his footwork.

The footwork from Nathan Hughes 🕺 pic.twitter.com/2apQFaLS0K 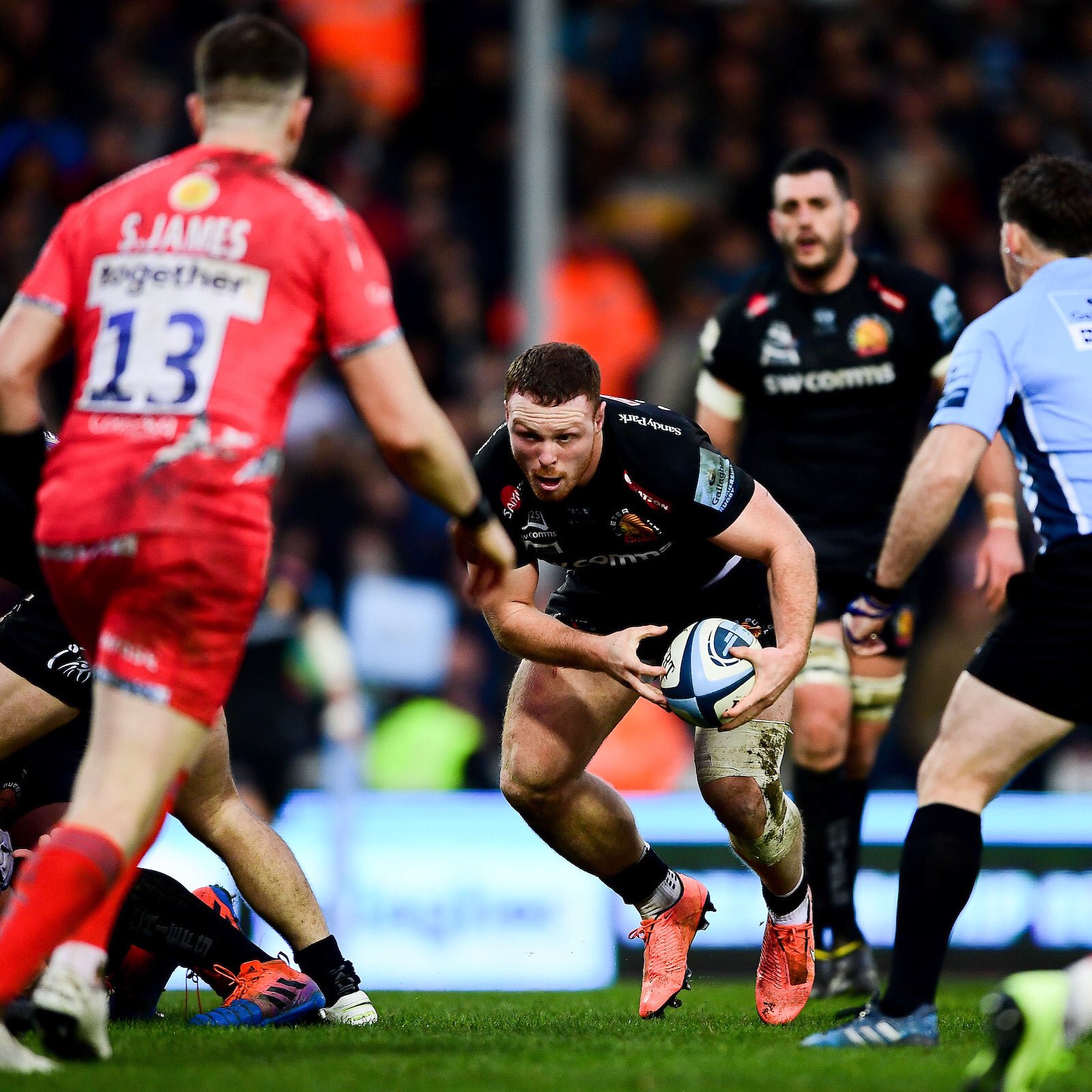 Simmonds last featured for England in 2017 during the tour to Argentina but has struggled to convince Eddie Jones to recall him despite putting numerous strong performances over the past two seasons.

Exeter may have been upset by Sale Sharks at Sandy Park on Saturday with Steve Diamonds side claiming a 19-22 victory but Simmonds still put in a massive shift.

He made 46 running metres from his 19 carries beating 4 defenders. It wasn't all out attack from the Exeter number 8 as he also made 16 of his attempted 17 tackles and added a try at a crucial time as they looked to make a comeback.

Simmonds has 7 test and 4 starts to his name and will be keen to add to that tally and his current form deserves that.

The perfect way to respond to a test snub! #HARvSAR pic.twitter.com/fywnVJEKCH


Alex Dombrandt's omission from the England squad came as a shock to many and his performance against Saracens shows exactly why he is being tipped to make the step up.

Dombrandt got his one chance for England in the uncapped test against the Barbarians last year and although he impressed then and has continued to do so this season, Eddie Jones is not quite convinced.

The 22-year-old responded to his test snub in emphatic fashion securing penalty with his work at the breakdown inside the first two minutes before setting up a try for Danny Care from the resulting line out.

He secured a turnover soon after which lead to yet another try and was excellent on both sides of the ball making 12 tackles and 98 running metres.

If Eddie Jones was looking for a response from the no.8s that didn't make the squad these three certainly put did just that and some.