Six Nations U23 XV To Watch Out For

The 2018 Six Nations kicks off in less than a month when Wales host Scotland at the Principality Stadium. Reigning champions England will begin the tournament as short-priced favourites to capture a historic third successive title for Eddie Jones.

During the recnt Autumn Series, head coaches were given another opportunity to blood new talent into their squads in preparation for the upcoming Six Nations and June Internationals with an eye on the 2019 Rugby World Cup.

We have put together a starting XV of players under the age of 23 who will be looking to break into senior squads or continue their rise through the ranks of Test rugby over the next few months.

1. Ellis Genge (Leicester Tigers) - 'The Baby Rhino' has made three starts for England, his most recent cap coming against Samoa in November. The 22-year-old is set to miss out on the start of the Six Nations due to shoulder surgery but his strong resolve should see him back to his abrasive best in no time.

2. Camille Chat (Racing 92) - 'The French Bulldozer' made one appearance in the 2017 Six Nations after missing the opening rounds through injury. The 22-year-old will play understudy to France captain Guilhem Guirado in this year's tournament and he will be eager to make up for lost time in the competition as he provides a strong ball carrying threat off the bench. 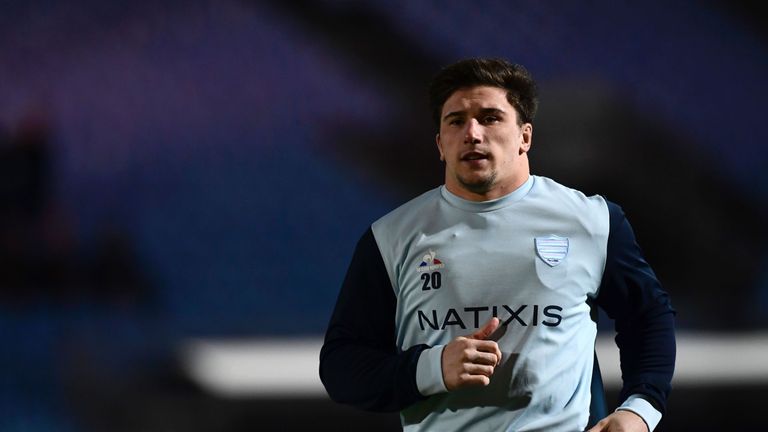 3. Zander Fagerson (Glasgow Warriors) - Fagerson broke through into the senior Scotland setup in 2016 after starring at U20 level, he has gone on to win 15 caps including starts in all five matches during the 2017 Six Nations. The 21-year-old injured his foot in January but is hopeful of playing a prominent role for Gregor Townsend.

4. Seb Davies (Cardiff Blues) - The versatile back-five forward won his first two Welsh caps on their summer tour to Tonga. Trusted with the No. 8 shirt against Georgia in November, the 21-year-old was up to the task delivering a promising performance against a powerful Georgian pack. As the injury list continues to mount for Warren Gatland, the Cardiff Blues youngster could see some action during the Six Nations.

5. James Ryan (Leinster Rugby) - Ryan captained Ireland U20's to the Junior World Championship final in 2016. The former St. Michaels College man was a shock inclusion in Ireland's summer tour squad to play USA & Japan, he scored on debut against USA Eagles despite being uncapped at provincial level. A quote from Sean O' Brien sums up his limitless potential 'James Ryan could be better than Paul O'Connell'. Keep an eye on him.

6. Giovanni Licata (Zebre) - The powerful Sicilian is one of the top prospects that Italian rugby are trying to develop into the next Sergio Parisse. Licata has been a key player for Italy at U18,19 & 20 sides, featuring in the 2016 U20 Six Nations & Junior World Championship. Played in all three November Internationals and named in Conor O'Shea's 34-man training squad for the Six Nations.

Honourable mention to 19-year-old Saracens forward Nick Isiekwe who Eddie Jones believes could be the next Maro Itoje. Isiekwe was handed his first call-up for the summer tour of Argentina and made his debut in the second Test despite originally being named in the England U20 squad for the 2017 World Rugby U20 Championship. 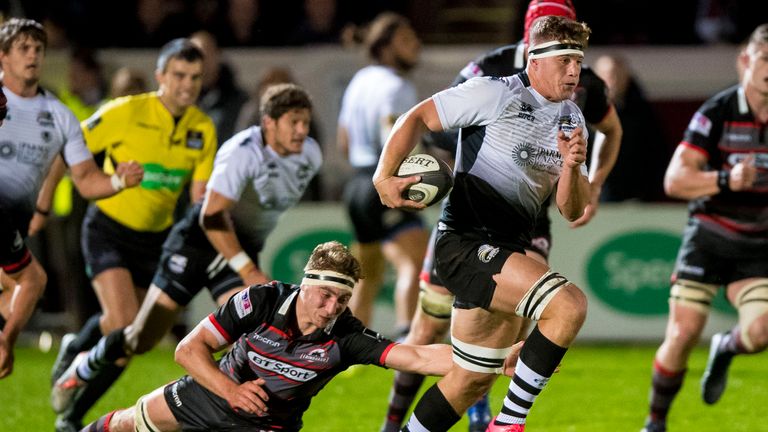 7. Sam Underhill (Bath Rugby) - The 21-year-old is a former England U18 representative, having began his career at Gloucester, Underhill spent two years with Ospreys which made him unavailable for England selection due to being based outside of England. A return to Bath this season saw Underhill called up to Eddie Jones' summer tour squad to Argentina. Another exciting addition to England's well stocked back-row options.

Honourable mention for Stade Francais flanker Sekou Macalou, who recently made his French debut against Japan in the U Arena. Fearless in the tackle and devastating with ball in hand, it won't be long until Macalou establishes himself as a regular starter in the France back-row.

8. Zach Mercer (England) - Schooled in Scotland, son of a former Kiwi rugby league international, Mercer captained England U20 to Six Nations Grand Slam glory before guiding his country to the final of the 2017 World Rugby U20 Championship in summer of 2017. A quick and strong ball carrier, Mercer will be looking to continue the form that saw him catch the eye of Eddie Jones and shake off that 'apprentice' title and make his senior debut.

9. Antoine Dupont (Toulouse) - One of the most exciting prospects to don the French shirt in recent years. The Toulouse scrum-half is an explosive runner who regularly embarrasses defenders with his quick feet and incredible pace. He made his debut in last year's tournament against Italy and will be one of the first names on Jacques Brunel's team sheet in Paris next month.

10. Marcus Smith (Harlequins) - Still only 18 years of age, Smith has enjoyed a breakthrough year with Harlequins playing in 16 first-team games and showing no signs of inexperience. He was selected for England's recent training camp but again as an ''apprentice'' player but it won't be long until he earns his first Test cap, most likely during their summer tour to South Africa.

11. Jacob Stockdale (Ulster) -  Tries in the November Internationals against the Springboks and Argentina, combined with two all-round outstanding performances has resulted in the former Wallace High student solidifying his place in the green No. 11 jersey following on from a try scoring debut against USA in June. Stockdale continues to score tries for fun for his club and has quickly silenced any doubters about his suitability for international rugby.

12. Anthony Belleau (Toulon) - A standout at underage level for France, Belleau broke through into the Toulon senior squad last season, as his injury time drop-goal secured a place in the Top 14 final. He made his Test debut against the All Blacks in November and looks set to form an exciting partnership with Antoine Dupont at half-back.

13. Owen Watkin (Ospreys) - A member of the 2016 Wales U20 Grand-Slam winning side, Watkin made his Test debut for Wales off the bench and started a week later against Georgia in November. Watkin has endured long spells on the sidelines through injury but remains one of the brightest young talents in the game.

14. Damian Penaud (ASM Clermont) - Learning from Aurélian Rougerie, Remi Lamerat and Wesley Fofana at Clermont has worked wonders for the Clermont youngster. The son of former France fly-half Alain, Damian has shown over his first two seasons in the professional game that he is the future for club and country. Scored a try on his Test debut for Les Blues against South Africa in June 2017 and further enhanced his reputation during the November Internationals.

Leinster's Jordan Larmour has exploded onto the rugby scene with a host of excellent solo try scoring efforts in the inter-provincial clashes over christmas. The 20-year-old's form has led to many calls for him to be fast-tracked into Joe Schmidt's Six Nations plans but we feel the Ireland coaching staff will bide their time with him.

15. Joey Carbery (Leinster Rugby) - Began his Test career in heroic fashion, coming on as a sub to guide Ireland to victory over New Zealand and has gone from strength to strength ever since. Comfortable in the No. 10 shirt or at full-back, Carbery has the skillset to slot in anywhere across the back-line and will play back-up to Johnny Sexton in the 2018 Six Nations.

Honourable mention to the highly-promising Edinburgh full-back Blair Kinghorn who has regularly impressed for his club this season and has been backed by his coach Richard Cockerill for a crack on the international stage.