Saracens and Exeter Chiefs have named their teams that will contest the final at Twickenham on Saturday.

Rob Baxter’s side have gone about their business with ruthless efficiency this season, sealing their place in the end of season play-offs in record-breaking time, before dispatching of Northampton Saints 42-12 in last weekend’s semi-final at Sandy Park.

Baxter has retained the same 23 that dispatched Saints in the semi-final of the Premiership, meanwhile, Saracens have made just one change to side that beat Gloucester with Tom Woolstencroft replacing Joe Gray on the bench.

Saracens' captain has also recovered from the injury that saw him leave the field early in the semi-final and takes his place in the starting line up at inside centre. 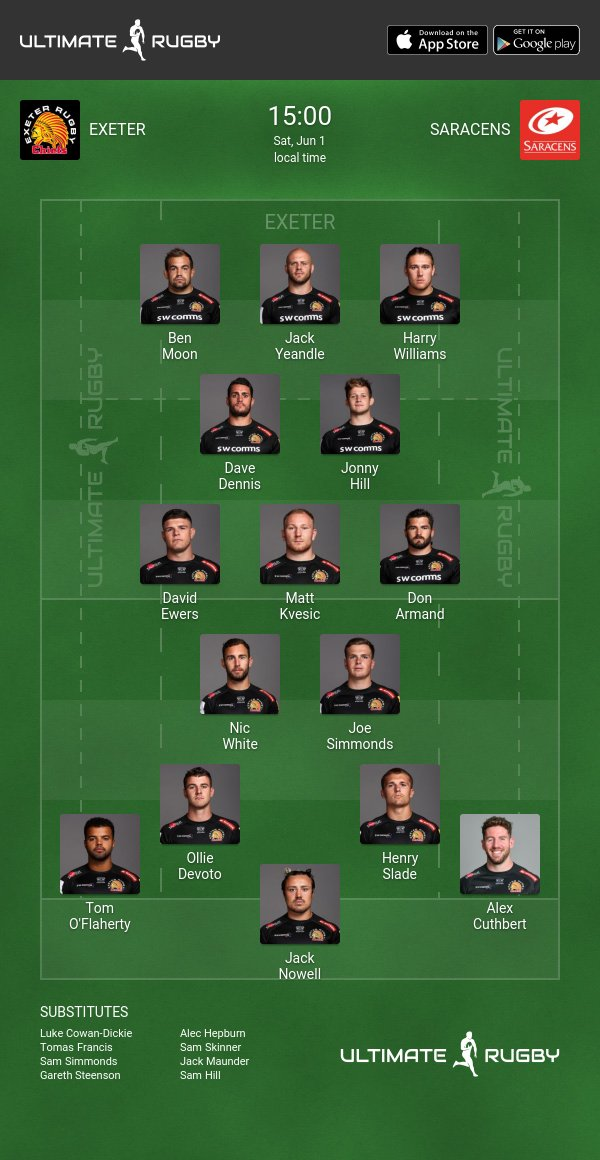 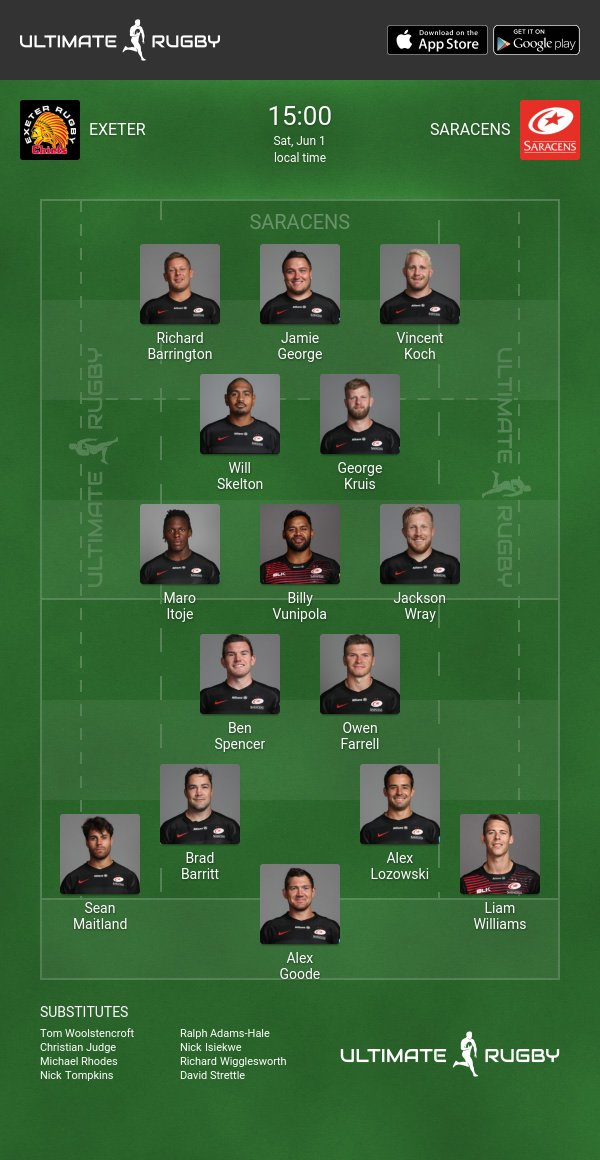