New Zealand and Ireland clash for the 34th time on Saturday with the All Blacks looking to defend their unbeaten run at Eden Park which stretches back to 1996.

Ireland were the victors the last time the sides faced off. Andy Farrell's charges claimed 29-20 victory at Aviva Stadium last November. However, Ireland are yet to beat New Zealand in their own backyard with two victories in Dublin and one in Chicago.

James Lowe, Ronan Kelleher and Caelan Doris were the try-scorers in last November’s 29-20 win in Dublin with Johnny Sexton kicking a penalty and a conversion and Joey Carbery kicked three penalties in the final 15 minutes to seal victory.

Codie Taylor scored in the first half and Will Jordan in the second for the All Blacks, who had Jordie Barrett’s kicking to thank for the rest of their points. The win followed their 16-9 victory over the All Blacks at the same venue three years earlier.

Ireland’s last test on New Zealand soil was a decade ago in Hamilton and ended in a record 60-0 defeat.

Of the current All Blacks squad, Sam Whitelock, Brodie Retallick, Sam Cane, Aaron Smith and debutant Beauden Barrett all played in that game.

There are also five survivors in Ireland’s touring squad from that defeat in Cian Healy, Peter O’Mahony, Conor Murray, Sexton and Keith Earls. 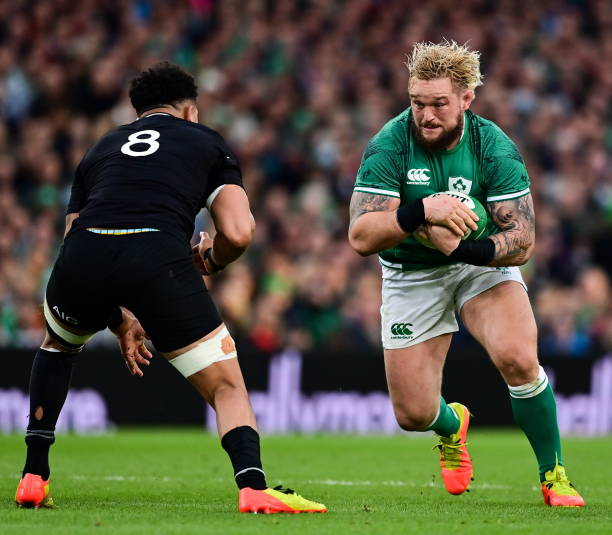 New Zealand are playing their first test since their 2021 campaign finished on a losing note with the 29-20 defeat to Ireland followed by a 40-25 loss to France in Paris. Having closed out their tour to Europe with losses to Ireland and France, the All Blacks are in danger of losing three tests in a row for the first time since August 1998.

But 2021 wasn't all bad for the All Blacks as they became the first team to score 100 test tries in a calendar year and claim a Rugby Championship title.

Ireland kicked off their tour with a 32-17 defeat by the Maori All Blacks in Hamilton on Wednesday. 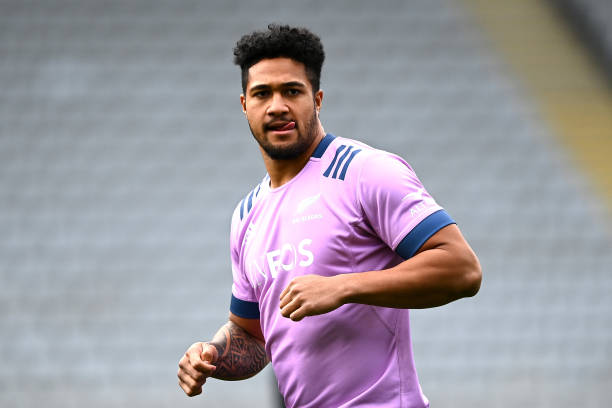 It's been a disruptive start to the test season for New Zealand as former Ireland coach Joe Schmidt has been drafted in to work with the All Blacks after Ian Foster, John Plumtree, Scott McLeod and Greg Feek all tested positive for COVID.

David Havili, Jack Goodhue and Will Jordan have also tested positive, as has Ireland’s Mack Hansen.

New Zealand coach Ian Foster hands winger Leicester Fainga’anuku his test debut on the left wing on a day when his older brother Tima could make his debut for Tonga.

George Bower, Codie Taylor and Ofa Tu’ungafasi form the new front row, Brodie Retallick and Sam Whitelock continue as the second-row pairing with Whitelock to win his 133rd cap and move clear of Keven Mealamu as the second-most capped All Black behind Richie McCaw (148).

Scott Barrett is named to start at blindside for the first time since the RWC 2019 semi-final loss to England, joining captain Sam Cane and Ardie Savea, who plays his 60th test for the All Blacks.

Test centurions Aaron Smith and Beauden Barrett are the half-backs with Quinn Tupaea and Rieko Ioane continuing as the centre pairing. Fainga’anuku is joined in the back three by Sevu Reece and Jordie Barrett.

On the bench. Pita Gus Sowakula is in line for his test debut while Braydon Ennor, called into the squad this week after Will Jordan’s positive test, joins Finlay Christie and Richie Mo’unga. 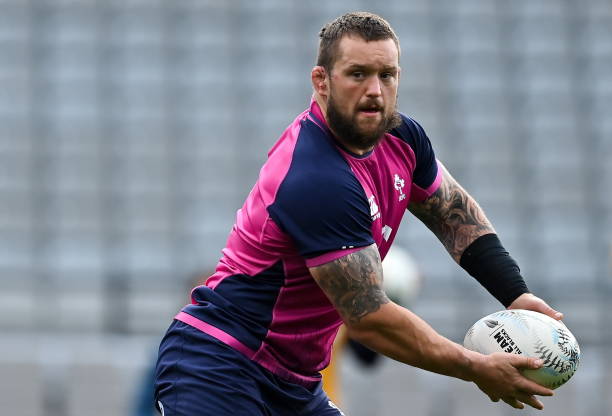 Ireland coach Andy Farrell has made five personnel and one positional change to his starting line-up from their last outing against Scotland in March.

Two changes are forced on him with Iain Henderson having returned home after suffering a knee injury this week and Mack Hansen having tested positive for COVID.

Andrew Porter returns to the front row after missing Ireland’s last two matches in the Six Nations through injury, joining Dan Sheehan and Tadhg Furlong. James Ryan comes in to partner Tadhg Beirne in the second row with Peter O’Mahony named at blindside in a back row featuring Josh van der Flier and Caelan Doris.