Introducing The Eight Uncapped Players In The Springboks Squad

Springbok head coach Jacques Nienaber has announced his squad for the international season ahead, featuring the upcoming Test Series against Wales, The Rugby Championship, and the Year-end tour, which will likely include three SA A games, with the group of 43 players featuring eight uncapped players.

Duane Vermeulen has missed out on a place in the squad, but Nienaber has included eight uncapped players.

United Rugby Championship Next-Gen Star of the Season, Evan Roos, has been included in the squad after a standout season for the Stormers.

Roos is joined in the squad by fellow Stormer and uncapped back-rower Deon Fourie. The Stormers veteran could earn his first test cap at 35. Lock Salmaan Moerat also joins his Stormers' teammates in the squad.

Jake White's Bulls team will face the Stormers in the final of the United Rugby Championship and three of his players could make their test debuts this July.


Abrasive back-rower Elrigh Louw and lock Ruan Nortje have been included in the squad as too has fullback Kurt-Lee Arendse.

Scrumhalf Grant Williams has once again been named in the squad and will look to force his way into a test debut after spending time with the squad last year. Sharks' prop Ntuthuko Mchunu has also earned a call up.

“Building squad depth is one of the key areas for us, and it is great to see the number of young players who have put up their hands this season, and we are delighted to invite them to the national squad environment,” said Nienaber.

“It is also good to welcome back some of the experienced players who have been part of our structures for a few years now, and I’m confident they will slot back into set-up with ease.

“We obviously have to wait a little longer for some players to be released from their club commitments, but we are pleased to be able to announce the squad with exactly three weeks to go before our opening Test against Wales.” 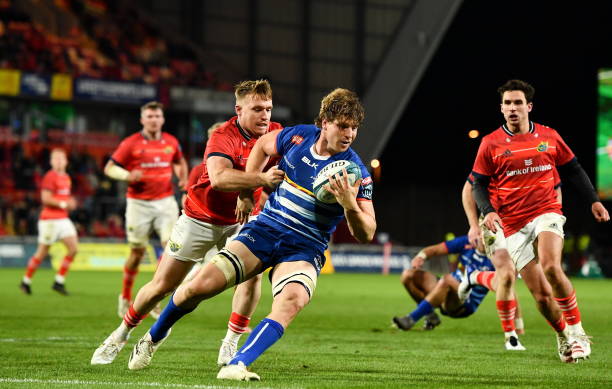 Loose forward Evan Roos was a schoolboy star for Paarl Boys High, representing SA Schools in 2018. He was called up to the South Africa Schools squad in 2018, making three appearances in the 2018 Under-19 International Series, and scoring a try in their match against France.

He made his Currie Cup debut for the Sharks in August 2019, coming on as a replacement in their match against the Free State Cheetahs in Round Five of the 2019 season. In January 2020 he was named in Sharks' squad for the 2020 Super Rugby season. He returned home to Cape Town at the end of 2020 on loan joining the Stormers and Western Province.

He signed a three-year contract with the Stormers and Western Province in 2021 and re-signed until 2025 soon after.

Louw is an impressive physical specimen, standing at 1.95m and weighing in at 112kg, with the former Junior Springbok flank ultimately sticking his hand up for the Southern Kings in the 2019/20 PRO14 before the COVID-19 pandemic put a hold on the global rugby season.

Louw was educated at Hoërskool Transvalia where he represented the Valke at the U18 Craven Week before turning out for the Free State Cheetahs at U19 and U21 level.

In August 2020, he signed for the Bulls and has grown in stature since becoming a regular presence at no.8 for the Pretoria-based side. He can play lock, blindside and no.8. 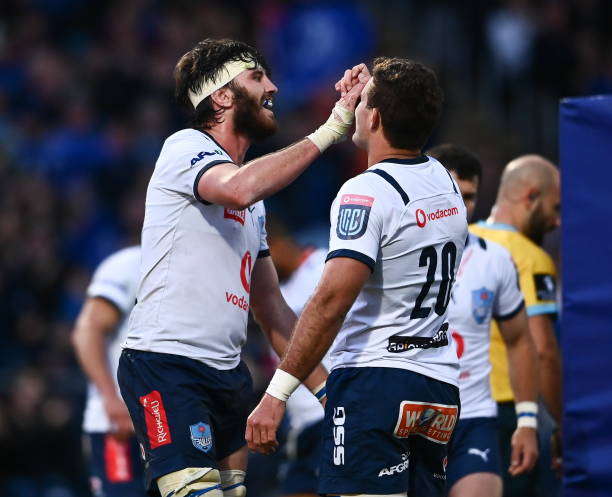 A skilled lineout operator, Ruan Nortje was named the Ironman of the United Rugby Championship this season for playing the most minutes in the 18-round league phase,.

Nortje scored one try as the Bulls achieved a fourth-place finish in the regular season and was second to Glasgow Warriors’ Richie Gray for line-out steals (9).

He represented the South African Under-20s at the 2018 World Rugby Under 20 Championship. 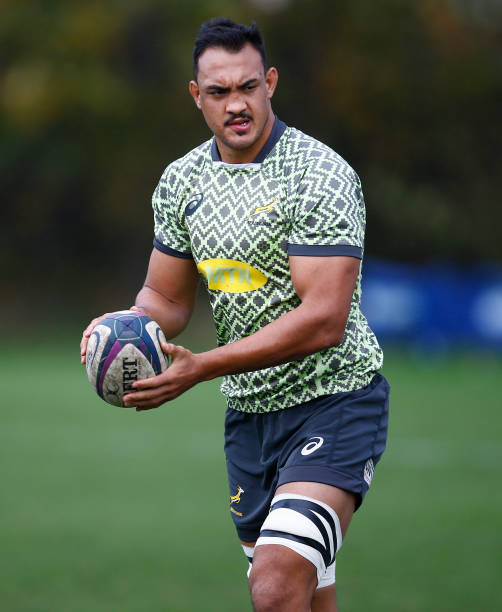 An exceptionally talented youngster, Salmaan Moerat has been tipped for great thing from a young age in the South African Rugby circles. Moerat comes from well-known rugby family in the Western Cape with his family having started the Vineyards RFC. His father then represented SARU during the apartheid era.

Salmaan Moerat started his representative rugby at 13 when he represented Boland at the U13 Craven Week, before attending Paarl Boys' High and representing Western Province at under 16 and under 18 levels. His performance at the 2015 Craven Week saw him being selected into the 2015 SA Schools team. He followed that up with being selected as the captain of WP's 2016 Craven Week team, where he led them to an unbeaten run in the competition.

His strong showing and excellent leadership qualities did not go unnoticed as he then became the captain of the SA Schools team and led them to remain unbeaten in the Under 19 International Series in Cape Town. After school Moerat joined the Western Province Academy and was selected in the Springbok U20s in 2016 and 2017.

Ahead of the 2021 November tour to Europe Moerat was selected in the Springbok squad. In February 2022, Moerat signed a new deal with the Stormers until 2025, turning down multiple offers from clubs in Europe. 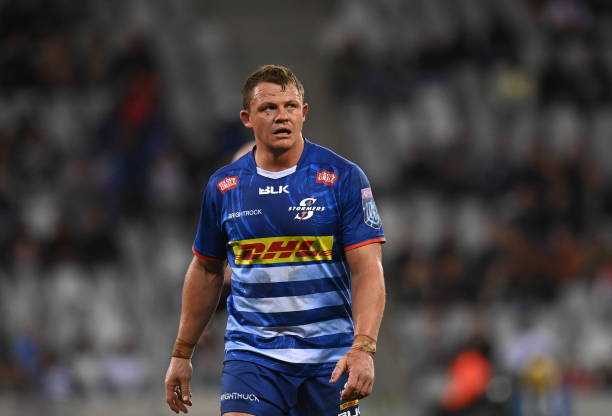 Originally a hooker, Fourie has also played himself into the loose-forward mould as and when The Stormers require it.

An energetic player with surprising power and affinity for playing to the ball, Fourie can often be spotted bursting through a tackle and putting his team on the front foot. A player with heart and determination.

Fourie left Cape Town to link up with French side Lyon for the 2014-15 season and has spent three seasons at the club. He captained Western Province to Currie Cup glory in 2012. He represented South Africa at 7s level internationally in 2007.

At the end of the 2018/19 season, Fourie left Lyon and joined PROD2 side Grenoble before making his return to Cape Town last year. 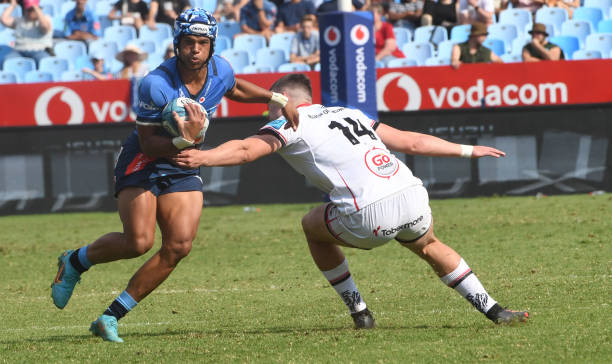 A Sevens international, Arendse attended Paulus Joubert Secondary School in Paarl, where he earned a selection into the Boland Cavaliers' sevens team.

He played for Western Province u19s and Boland u20s before joining the South African 7s Academy after a standout Varsity Cup Seven tournament.

After a stellar run with the South African 7s, he linked up with the Bulls during the pandemic and has gone from strength to strength since.

He is capable of playing wing and fullback and has devasting footwork and pace. 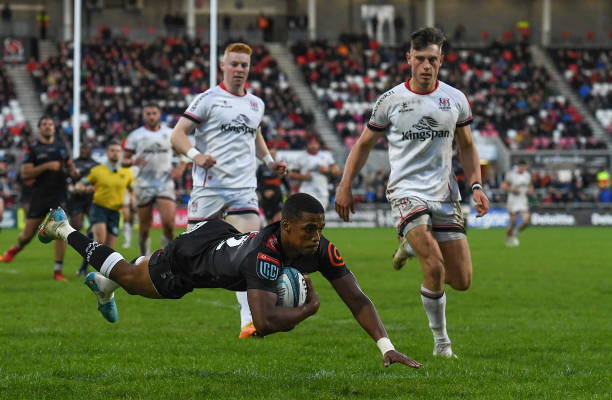 A speedy young halfback, Williams attended the iconic Paarl Gimnasium in the Western Cape. After school he went on to represent multiple Maties' sides before being selected for the Western Province 7s side.

In 2017 he joined the Sharks Academy where he represented the Sharks U21 and U19 sides, as well as College Rovers. In January 2018 he was selected in the Sharks 2018 Super Rugby squad and toured with the side to Hong Kong where they faced Racing 92.

He made his debut for the Sharks during the 2018 season and further 5 the season thereafter during Super Rugby. In 2021, Williams shone for the Sharks in a hotly contested scrumhalf role and earned a call up to the Springbok squad following an injury to Jaden Hendrikse.

He put in a particularly bright performance in off the bench against Ulster, setting up and scoring a try in the final 20 minutes.

A powerful loosehead prop, Ntuthuko Mchunu has been likened to Springboks and Sharks great Tendai Mtawarira due to his dominance at scrum time and brilliant ball carrying.

Mchunu was impressed early on with the Sharks and went viral for his sensational try against the Lions in March 2021 when he ran from just inside his own half to score.

His continued fine form and impressive showings earned him a new contract with the Sharks in December 2021, recommitting to the side until 2024.