Following World Rugby’s suspension of Russia and Belarus from all international and cross-border rugby competitions, the Rugby World Cup Board has confirmed the resulting implications for the European qualification process for Rugby World Cup 2023.

In accordance with the RWC 2023 Qualification Terms of Participation, Russia’s remaining scheduled matches will be treated as abandoned for as long as Russia’s suspension from World Rugby’s membership continues. This means that Georgia, the Netherlands and Portugal have been awarded four match points as winners of their outstanding matches against Russia.

The decision means Georgia have mathematically qualified for Rugby World Cup 2023 in France. The Lelos are now guaranteed a top-two finish in the combined Rugby Europe Championship 2021 and 2022 standings with two games in hand against Romania (12 March) and Spain (20 March). Georgia are unbeaten in the Championship, winning eight and drawing one, and have accrued 35 points – 10 more than third-placed Portugal who only have one game left to play. 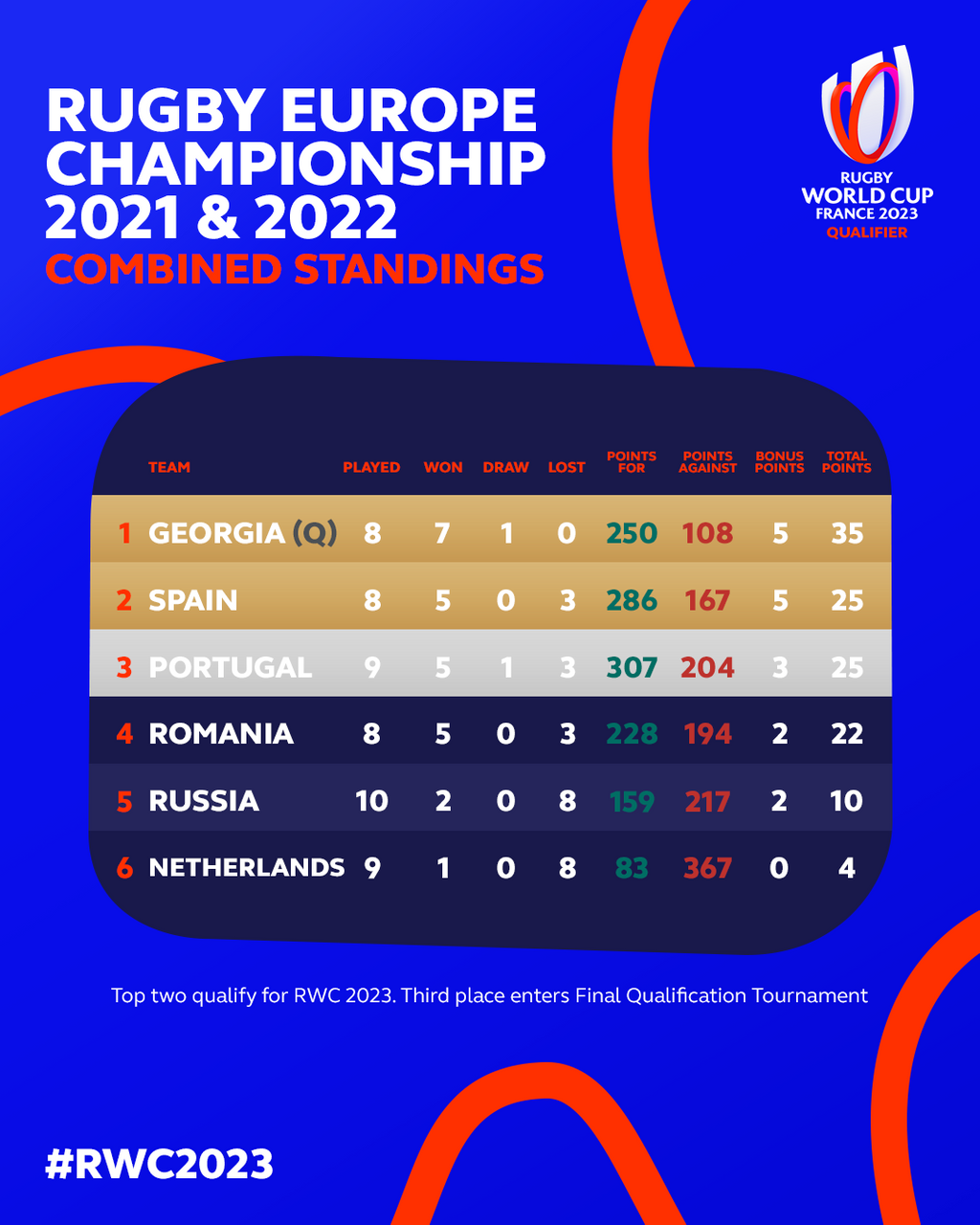 Georgia are therefore the 15th team to qualify for Rugby World Cup 2023, following in the footsteps of Samoa and Uruguay who secured their places via the regional qualification process in 2021. They will have to wait a little longer to officially confirm their Europe 1 qualification status, which would see them join familiar Rugby World Cup opponents Wales, Australia and Fiji, as well as the Final Qualification Tournament winner in Pool C.

Spain, Portugal and Romania are all firmly in contention to secure the second European ticket to France 2023 on the pitch. The team finishing second in the combined standings at the end of the Rugby Europe Championship 2022 will qualify as Europe 2 and join defending champions South Africa, Ireland, Scotland and Asia/Pacific 1 in Pool B, while the third-ranked team will advance to the Final Qualification Tournament organised in November 2022.