Jacques Brunel has named his side to face Scotland this weekend with star Clermont winger Alivereti Raka set to make his test debut on the left wing.

The side will be led by Jefferson Poirot in the absence of Guilhem Guirado while Francois Cros joins Raka in making his test debut in the starting line up as he starts in the no.6 jersey.

There are potential debuts off the bench for Toulouse hooker Peato Mauvaka and Toulon prop Emerick Setiano. Captain Poirot is joined in the front row by Camille Chat and Rabah Slimani while Paul Gabrilagues and Sebastien Vahaamahina complete the tight five.

Francois Cros, Charles Ollivon and Gregory Alldritt make up the back row with Louis Picamoles providing cover on the bench.

Live wire halfback Anton Dupont links up with Camille Lopez for the first time in the starting line up while Wesley Fofana and Gael Fickou start in the centres.

Raka, Damian Penaud and Maxime Medard round out the side. 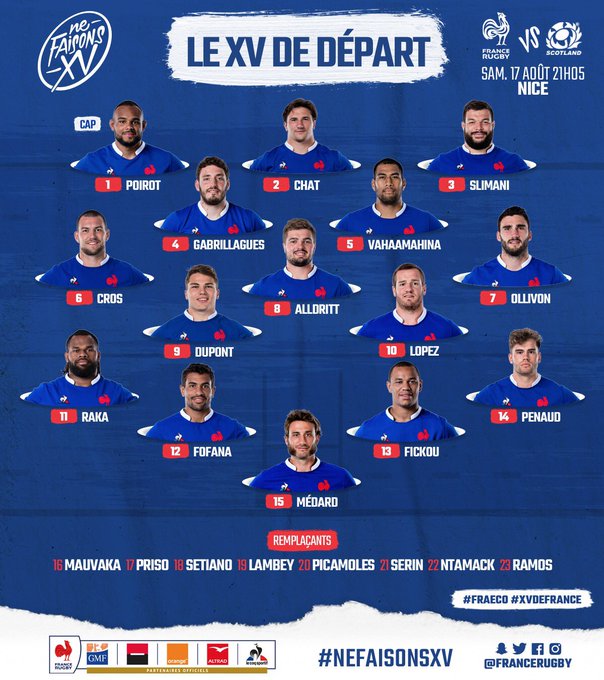