Falcons swoop into The Stoop: Quins vs Newcastle

Round 19 kicks off at the Twickenham Stoop where Harlequins host the Newcastle Falcons.


The visitors would have had higher expectations of last week’s result which saw them flounder against Bath at Kingston Park:


Things turned out better for Quins in the 18th round after they stuck one on Worcester Warriors at Sixways:

Centre Pete Lucock comes into the starting XV for the Falcons in place of Matias Orlando, while in the pack, injuries to Gary Graham and Connor Collett sees Sean Robinson shift to blindside flank with Rob Farrar and Tom Marshall making up the rest of the loose trio.

“Harlequins are great to watch and they challenge you across the pitch, so it’s a great test for our lads. Everybody outside of these four walls has probably written us off, and in that sense it’s a great opportunity to go down there and spring a surprise. 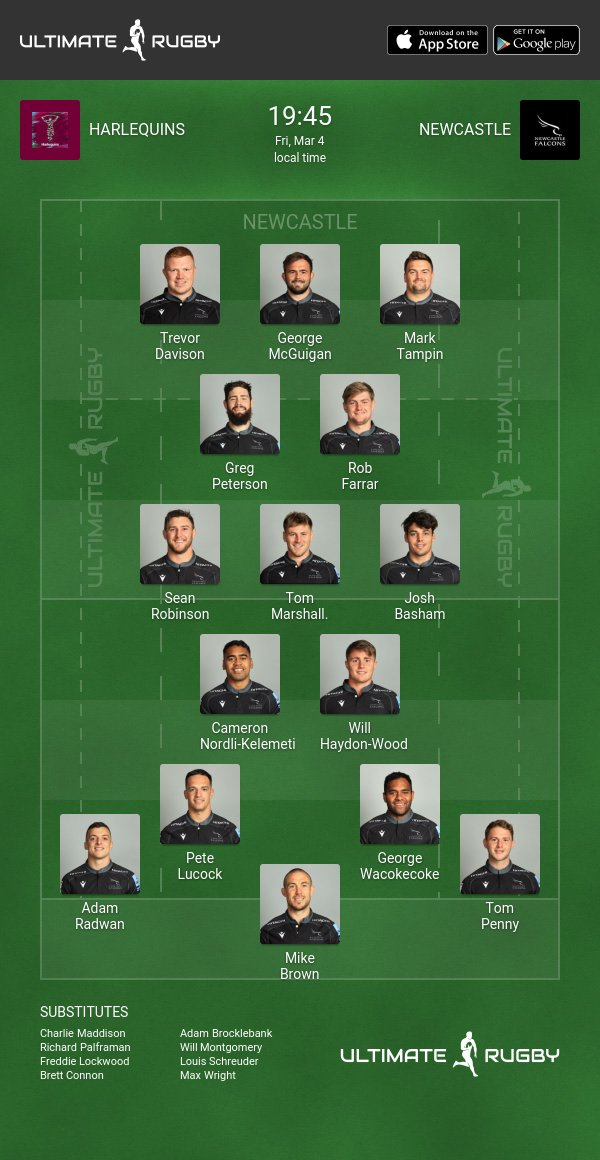 “We’ve got guys coming in who have been waiting for their chance and been desperate to play, so we’re excited about what they can do. It’ll be a full house down there, we’re looking forward to the whole atmosphere and the chance to shock a few people.

“We’ve talked about what we need to do to put ourselves a little bit further ahead in games following our last two, or how we manage games to hold on towards the end.

“It’s easy to say ‘if, if, if’, but we’ve got a young group, and it’s about putting across the importance that one guy switching off for a couple of seconds can make. It can cost you a game, but I don’t think we’re far away.”

Tabai Matson has made five changes to his Quins team from last weekend; Joe Marler and Wilco Louw will start in the front row in place of Simon Kerrod and Will Collier and Sam Riley takes over the hooking duties from Jack Walker.

In the backs, Tommy Allen and Louis Lynagh take up positions at flyhalf and wing respectively. 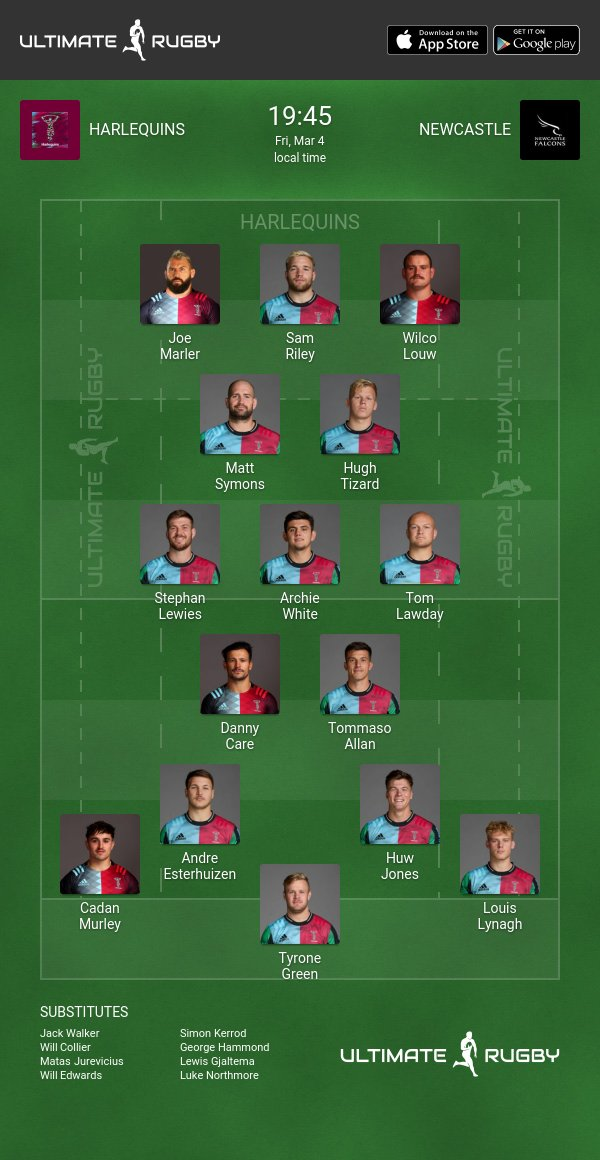 “Our game against Newcastle in round one was tough. They targeted that game,” Matson said. “We’re glad that we were able to play well in the first game of the season and scrape through with a win.

"The table positions this weekend won’t mean a huge amount on each side’s performance. They’ll be coming down looking for any opportunity to disrupt us. They’ll have the genuine feeling that they can come down to London and get stuck put us off our game, so we’re preparing for that.”

The last time the teams met was way back in Round 1 when Quins enjoyed a 6-point victory: