Lyon and RC Toulon have named their teams ahead of Friday evening's EPCR Challenge Cup final in Marseille.

Jordan Taufua will captain Lyon who have named an entirely changed pack to the side that went down 42-10 in the Top 14 last weekend.

Sébastien Taofifenua, Guillaume Marchand, and Demba Bamba start in the front row with Challenge Cup semi-final man of the match Joel Kpoku lining up in the second row with Romain Taofifenua.

Taufua is joined by France international Dylan Cretin on the blindside flank with Patrick Sobela on the openside flank.

Baptiste Couilloud starts alongside Leo Berdeu in the halfbacks. Berdeu is this season’s tournament top scorer so far with 61 points from six appearances. 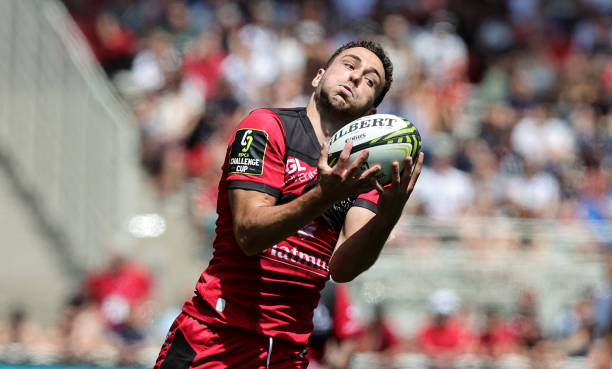 Charlie Ngatai who was a Super Rugby winner with Chiefs in 2013, starts at inside centre. He and Jordan Taufau, successful with the Crusaders in 2017 and 2019, could add their names to the list of players who have won the EPCR Challenge Cup and Super Rugby double.

Pierre-Louis Barassi joins Ngatai in the centres with Josua Tuisova and Georgian international Davit Niniashvili on the wings. Niniashvili, is top of the statistics charts in the tournament for metres (503) and offloads (11). Toby Arnold completes the starting XV at fullback.

As for RC Toulon, Cheslin Kolbe returns from injury and goes straight into the starting lineup. The Springbok outside back goes in search of a Challenge Cup-Champions Cup career double having won the latter with Toulouse. 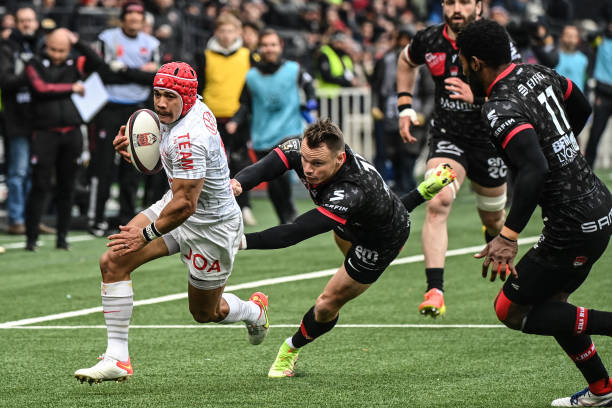 RC Toulon are aiming to become the fifth club in the history of European competition to win both the EPCR Challenge and the Heineken Champions Cup. To date, Bath Rugby, Leinster Rugby, Northampton Saints and Wasps have completed the coveted double.

Aymeric Luc and Gabin Villiere join Kolbe in the Toulon back three. Villiere has scored four tries in four appearances in the EPCR Challenge Cup this season, including a brace in the semi-final against Saracens, only Gloucester’s Santiago Socino (5) has scored more tries. Villiere has also made six breakdown steals in the competition this season, two more than the next best back in that ranking, his teammate Baptiste Serin (4)

Louis Carbonel starts at flyhalf again for Toulon having inspired his side in their semi-final success over Saracens. Fellow French international Baptiste Serin starts at scrumhalf.

In the pack, Charles Ollivon captains the side from the #7 jumper while Sergio Parisse starts at no.8 and Cornell du Preez is at blindside. No player has made more dominant tackles in this season’s EPCR Challenge Cup than RC Toulon’s Charles
Ollivon (5); Ollivon made 18 successful tackles against Saracens in the last round, the most of any player in the semi-finals.