Bosch returns at fullback for quarter-final clash with the Brumbies

Curwin Bosch has returned to the Sharks starting line up having recovered from injury and starts at fullback for the Sharks for their quarter-final clash with the Brumbies in Canberra.

Meanwhile, Super Rugby rookie Aphelele Fassi has been ruled out of the match with a rotator cuff sprain on his right shoulder and is replaced by Bosch.

Sharks captain Louis Schreuder, spoke from the team’s base in Coogee in Sydney ahead of a three-hour bus ride to Canberra.

“The game against the Stormers is behind us and our focus is on the Brumbies. Everyone is excited and looking forward to the challenge.”

“We haven’t faced them this year, they’re one of the teams we missed, they’re the log leaders in the Australian Conference so they’re not in the quarter-finals by chance,” he pointed out.

“They’re a physical, well-organised team with a good set-piece and kicking game so we’re going to have to be well-prepared for that.” 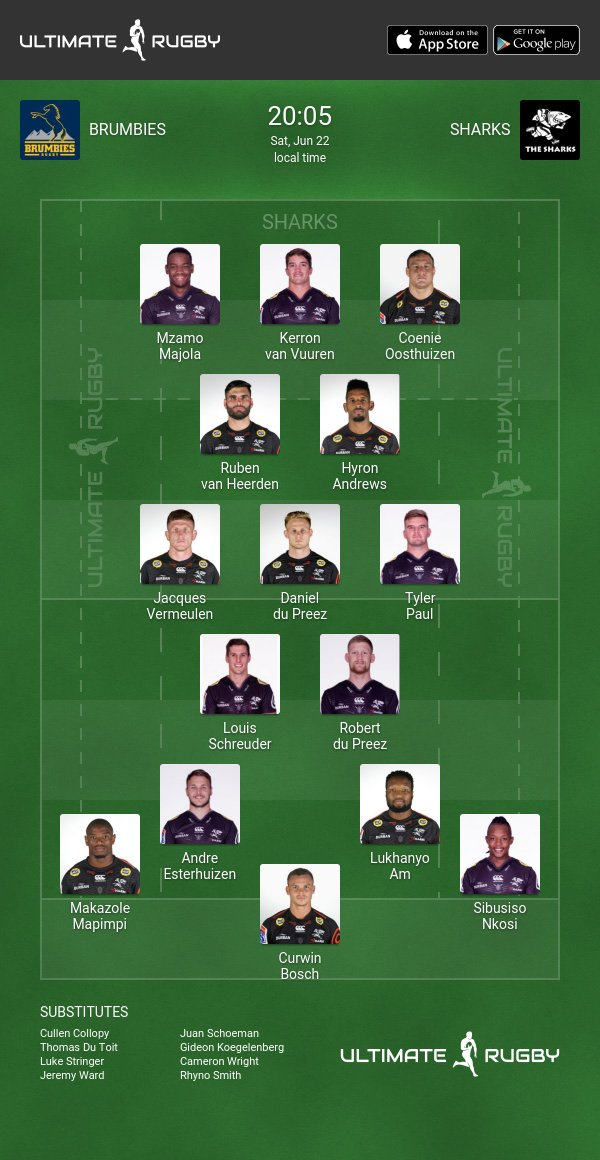