A fascinating weekend of rugby kicked off with Scotland taking on Fiji while Italy hosted Samoa.

The Fijian put up a good fight going down 28-12 to Scotland, while Italy ran in six tries to defeat Samoa 49-17.

For the first time since 2017, Ireland hosted South Africa and secured a narrow 19-16 victory over the World Champions.

In the final game on Saturday, France edged Australia 30-29 thanks to a last-gasp try from Damian Penaud.

On Sunday, Georgia swept Uruguay aside, securing a 34-18 victory, while Argentina stunned England at Twickenham, claiming a 29-30 win.

We pick our team of the week following the weekend's action. 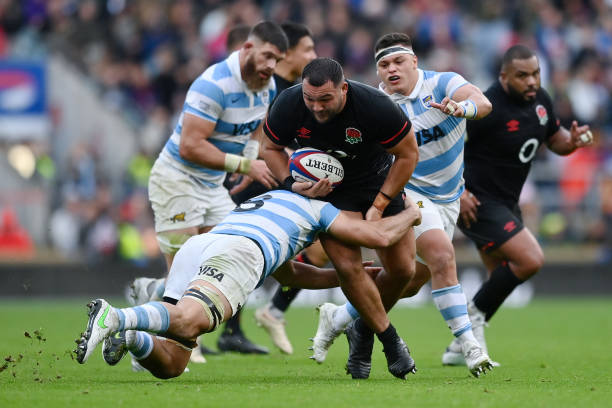 A solid scrummaging performance combined with some slick handling, power carries, and strong defence had David Flatman purring over Ellis Genge on commentary, earning him a place in our team of the week. 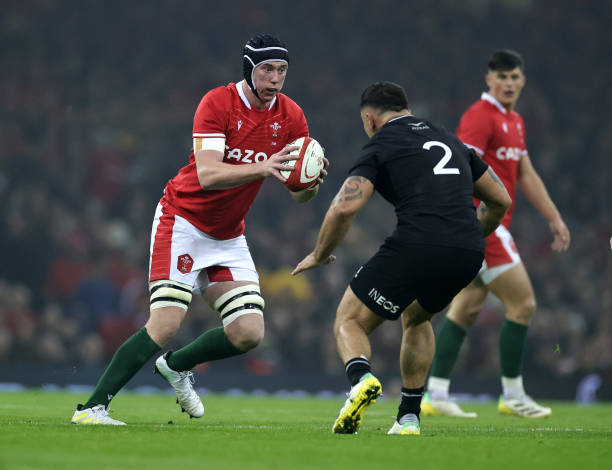 Codie Taylor is back playing some of his best rugby after an under-par July and Rugby Championship. Taylor scored two tries in the win over Wales while his set piece work was back up to scratch. 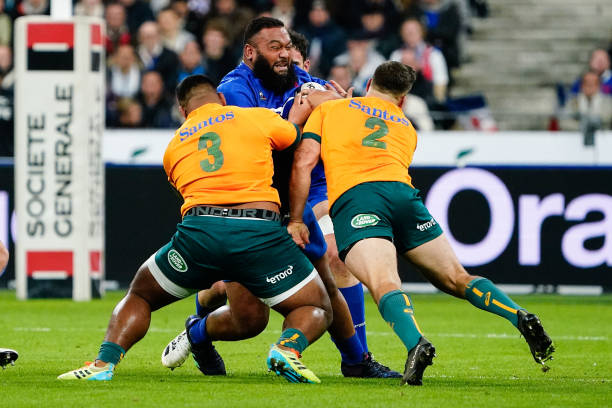 Taniela Tupou laid down a marker early in the match against France with a mighty shove on Cyrill Baille, earning an early penalty. 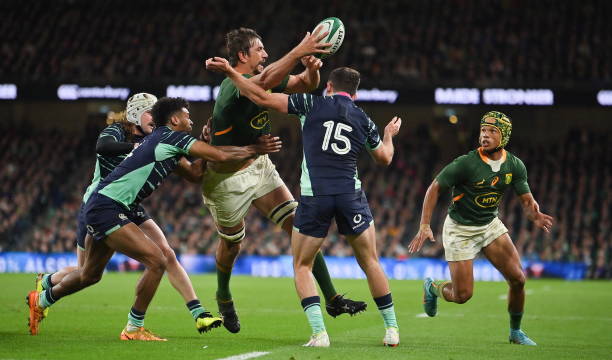 Another standout test match from the veteran Springbok. Etzebeth was excellent in all facets of the game and gave his side a chance to steal the win with a brilliant offload drawing in three players to assist Kurt-Lee Arendse. 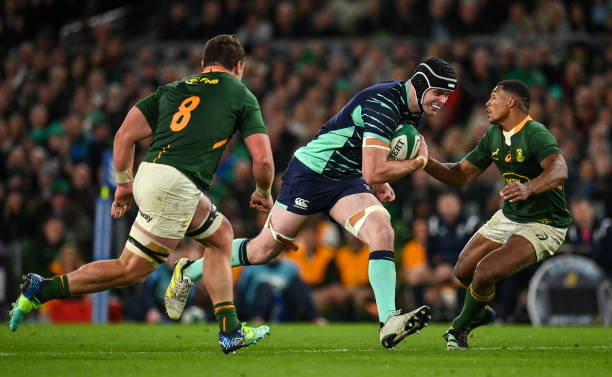 An all-action display from James Ryan against the Springboks earns him the no.5 jersey.

He thundered into the South African pack with superb efficiency.

He was excellent at lineout time, too, making a pivotal steal with the Boks deep inside his 22.

Bubbling under:  Will Rowlands (Wales), 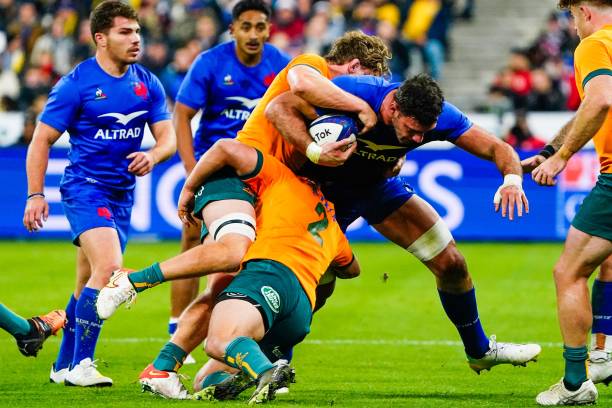 The now-former captain of France was excellent with and without the ball and superb at lineout time. 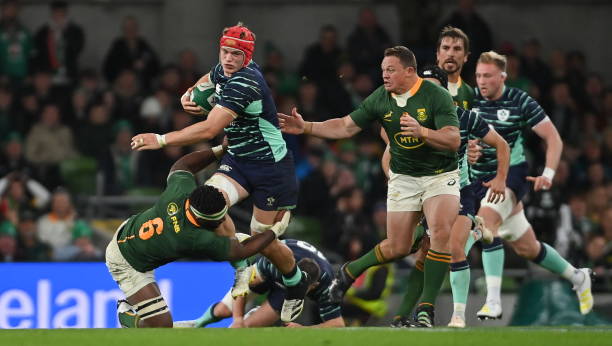 Van der Flier smartly scored off the back of a rolling maul to help Ireland to a three-point victory over South Africa on Saturday evening. The 29-year-old continued his fine form in the Ireland jumper featuring heavily on attack and defence, making 15 tackles, five carries and picked up the man of the match award. 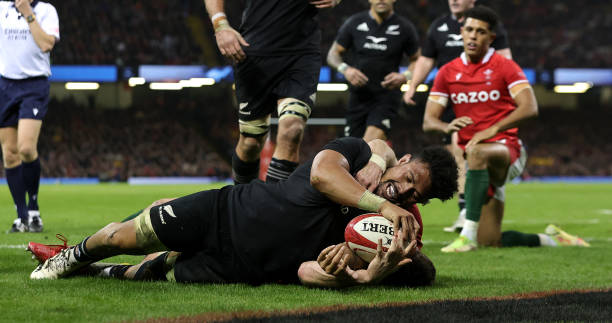 There was no lack of options for the no.8 jersey, but yet none were quite as brilliant as New Zealand's Ardie Savea.

The powerful back-rower was involved in just about everything that New Zealand did right on Saturday, making two turnovers that led to tries while assisting one for Aaron Smith and scoring one of his own.

An UNREAL performance from Ardie Savea 🤯 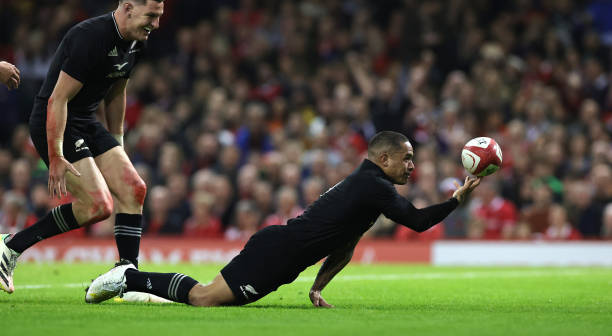 Aaron Smith was on top of his game in Cardiff on Saturday as he marshalled the All Blacks to an impressive victory over Wales. His swift and accurate service saw the All Blacks take control of the match early on before he ran rampant, scoring two tries.

The Italian pivot assisted three of his side's six tries and scored seven points off the tee once he took over the kicking duties from the injured Tommy Allan.

An excellent performance from the 22-year-old, which sees him edge out some stellar showings from fellow playmakers. 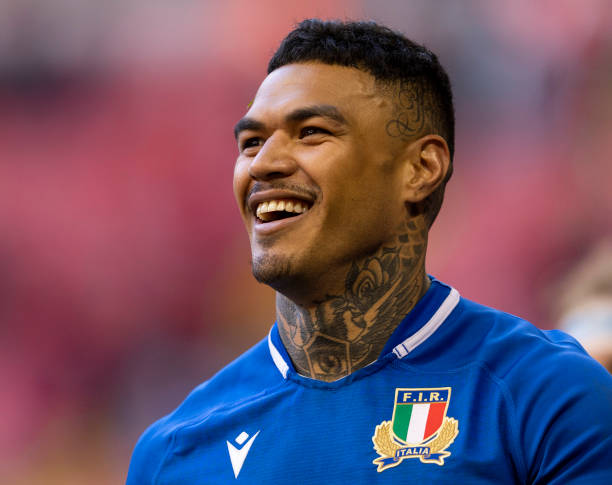 Italy's match against Samoa clashed with Scotland v Fiji, which meant many missed Monty Ioane's excellent against the Pacific Islanders.

The 28-year-old hadn't played since April but quickly got back to business, scoring two tries, beating seven defenders and making four clean breaks. 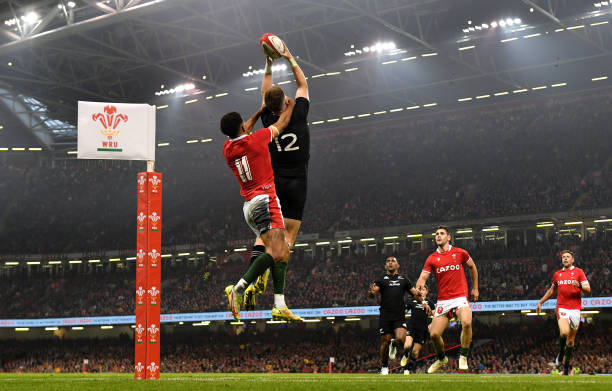 Another fine outing at inside centre from Jordie Barrett as he looks to make the position his own.

He did brilliantly to beat Rio Dyer in the air to score and was solid in defence while his kicking game put further pressure on Wales.

He carried well into contact laying the platform for their attack and linked up well with the rest of the backline. 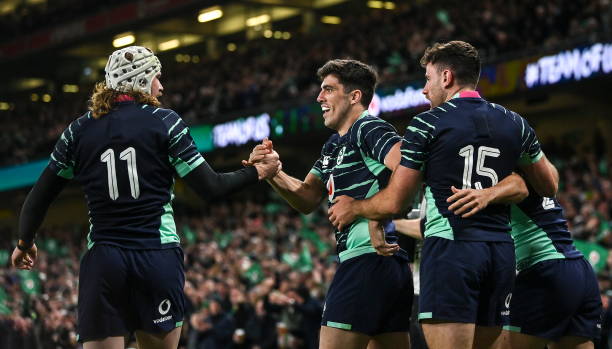 A whirlwind week for Jimmy O'Brien as he was preparing to face the All Blacks XV on Friday evening before getting the call-up to the senior team for a potential debut off the bench against the Springboks.

Usually an outside back for Leinster, O'Brien was thrown into the thick of an intense test match against the World Champions when Stuart McCloskey was forced off the pitch. The youngster rose to the occasion playing 50 minutes on test debut, out of position and showed tremendous composure to send Mack Hansen over for what proved to be a match-winning try.

Dealing with test veterans like Jesse Kriel and Damian de Allende was another reason that the youngster got into our team of the week. A brilliant performance, considering the circumstances. 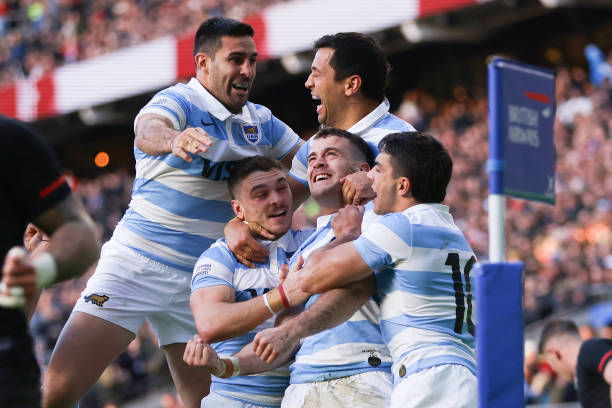 A spot that was hotly contested over the weekend, with Darcy Graham claiming the jersey early on Saturday before Damian Penaud made a strong case for his inclusion, but Emiliano Boffelli's brilliance was just too good to ignore.

Twenty-five points, one try, one missed conversion and six penalties, but Boffelli made a mark in all facets of the game and was ultimately the match-winner in a historic victory at Twickenham.

What a day for Emiliano Boffelli 🙌 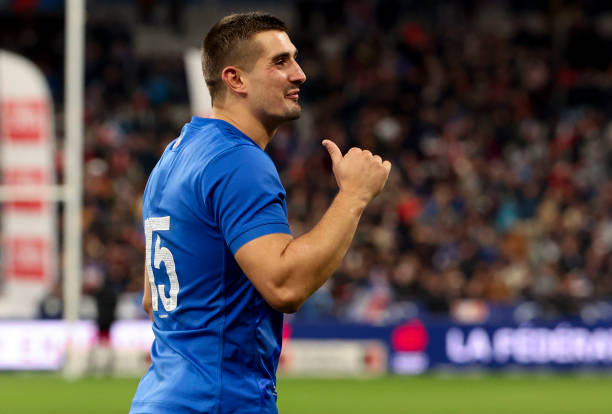 Thomas Ramos brought his Top 14 form into the French jersey producing a stellar performance for Les Bleus, scoring 20 of Les Bleus' 30 points. He added pace to France's attack and kept the scoreboard ticking with his accurate goal-kicking. He was also safe under the high ball and took the #15 jersey with some strong contenders this weekend.