All Blacks pair miss Blues clash against the Reds

All Blacks Rieko Ioane and co-captain Patrick Tuipulotu will sit out their second stand-down game while fellow international Dalton Papalii makes a welcome return to the starting line-up.

Injury has forced out Caleb Clarke on the right wing, replaced by Matt Duffie, with block-busting youngster Tanielu Tele’a moving to the left flank. Meanwhile, the inside back pairing Augustine Pulu and Otere Black come from the bench to start in the changes made by coach Leon MacDonald.

MacDonald bracketed Sonny Bill Williams to start but despite taking a full part in training, he believes another week is needed to complete his recovery.

“We had always ear-marked this game as a break for Rieko and Patrick but at the same time Matt Duffie has been itching to get his chance after a late start to the season with injury and Tanielu has been strong in his first season,” said MacDonald.

“Upfront our locking stocks are competitive with Josh Goodhue back into the reserves after starting earlier in the season.

“We are delighted to have Dalton recovered which gives us another chance to start this exciting back row and it goes without saying that Sonny has done everything possible to get himself back in shape. He was close but we are not taking any risks bringing him back until he is 100 percent.”

It means Ma’a Nonu will again link with vice-captain TJ Faiane in the midfield for the 13th time in 15 games with the pair playing the full 80 minutes in all but two of those starts.

“There’s a lot of healthy competition in this team, and we have always said that performance will dictate selection, and that has led to Augie and Otere getting their opportunities.

“The whole team was disappointed with the performance last week at home against the Bulls where we just did not make the best of our chances and did not use the plentiful amount of possession wisely.

“We want to put that right. We continue to train well and want to focus on transferring the performance on the training ground to game-day. We have two more opportunities to achieve that and if we do, then let’s see where that takes us.” 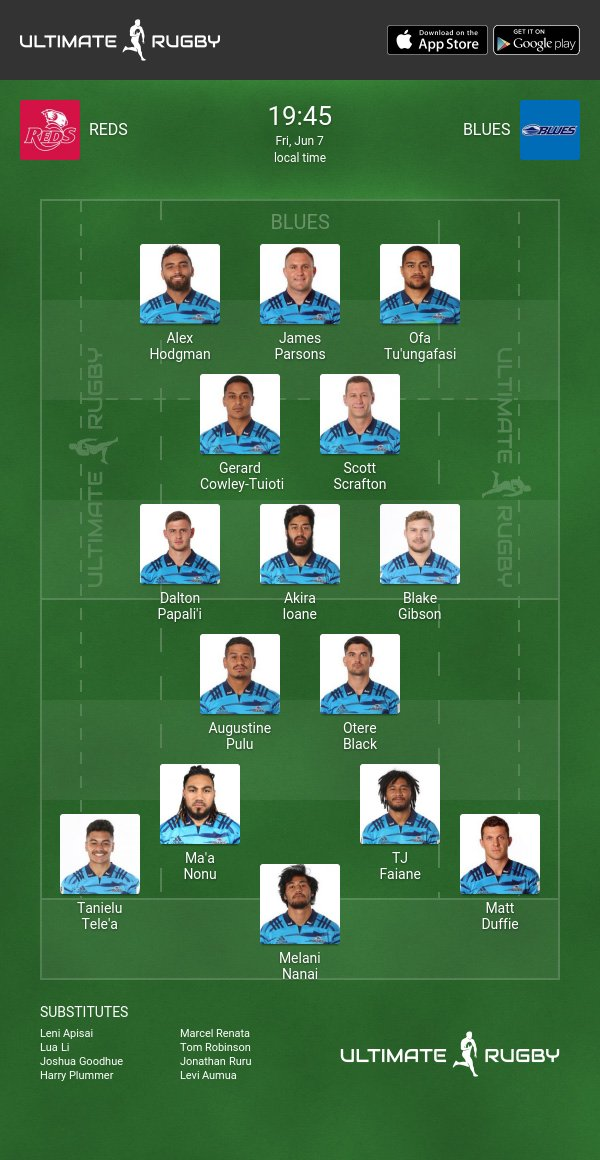