Canterbury has unveiled the latest British & Irish Lions Pro jersey ahead of the Tour of South Africa in 2021.

The new jersey celebrates the journey a player must undergo to reach the very top of the game, as well as those who have helped them get there. With the Lions squad recognised as being made up of the best of the best, the iconic red jersey’s new design features a striking graphic on the shoulders, comprising a multitude of individual pieces which come together to form the image of a lion. Symbolising the origins of the players and those who have helped them to reach the pinnacle of the game, each piece pays homage to every teammate, club coach, family member and friend who helped them along the way.


“The jersey looks awesome and I think Lions supporters, as well as the players, are going to love it too. Canterbury, as we have become accustomed to, have done a great job yet again,” said Warren Gatland, British & Irish Lions head coach.

“Some of the best experiences I’ve had as a Lions coach have been looking out across a stadium ahead of a match and seeing a ‘Sea of Red’ Lions jerseys. Literally entire stands turned red; it’s an incredible thing to witness and creates an atmosphere that is truly unique to the Lions.”

The Pro jersey is the Lions’ most sustainable ever, with the main body made up of 100% recycled polyester and is available in mens, womens and junior sizes, allowing supporters to be part of the pride and show their support. 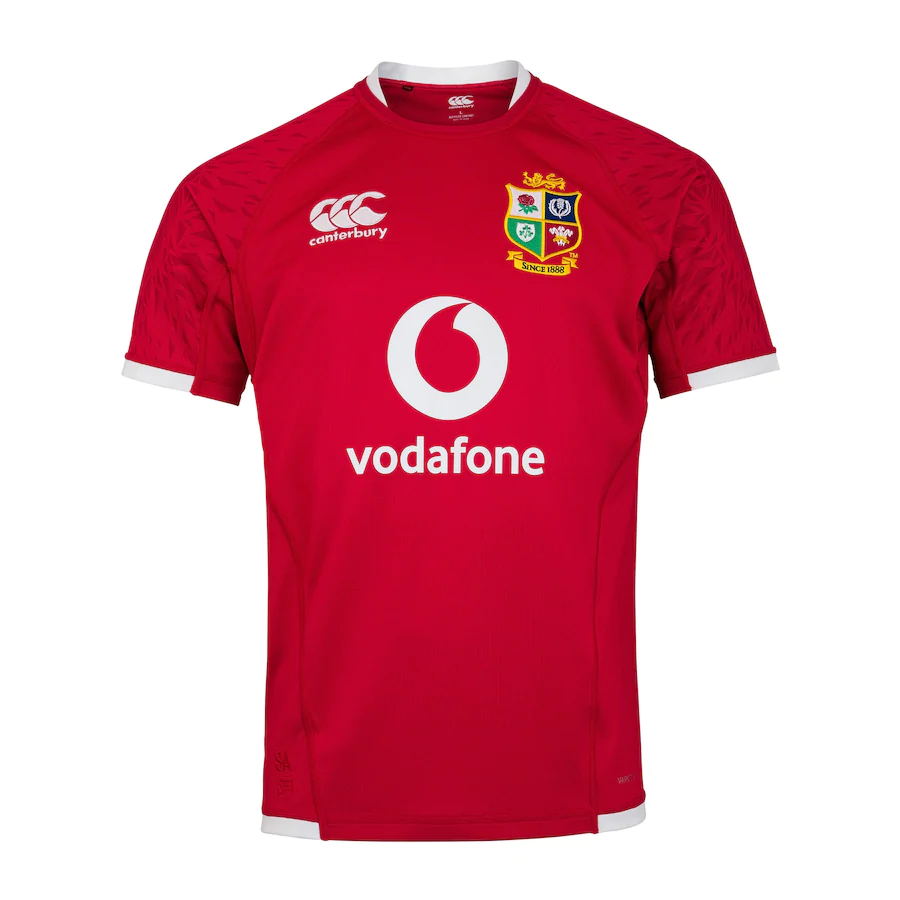