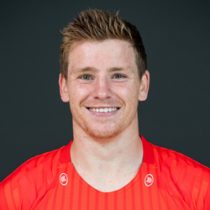 A nippy scrumhalf, Neil Cronin made his debut for Munster off the bench against Leinster back in 2014.

Cronin has made eight appearances for the Ireland Club XV, most recently in February and March 2018 when he captained the side in two fixtures against Scotland Club XV

This led to him signing a two-year contract extension with Munster, a deal that will see him remain with the province until at least June 2021.