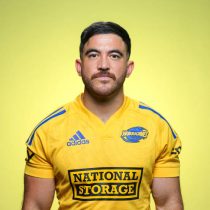 Milner-Skudder burst onto the scene in 2014 playing the ITM Cup. His brilliant first season saw him called up into the NZ Maori Squad to play Japan.

Milner-Skudder is a cousin of the late All Black centre Henare 'Buff' Milner, an All Black in 1968–1970. Milner-Skudder's father Richard is a younger brother of George Skudder (George represented the All Blacks, also as a winger in 1969 and 1972). Another All Black Tanerau Latimer (five tests; six games 2009) is Nehe's first cousin. Ben Atiga was another All Black (1 test 2003) from the same wider family.

Milner-Skudder began his professional career by switching to rugby league and was a member of the Sydney-based, Canterbury Bulldogs Under-20s Holden Cup team in 2009 and 2010. He moved back to New Zealand for 2011 and linked up with the Massey University rugby union team, before being selected by his local ITM Cup side, Manawatu, debuting during the 2011 season. He quickly established himself as a regular in the Manawatu starting line-ups and although injury limited him to just five appearances in 2013 he was named as a member of the Hurricanes wider training group for the 2014 Super Rugby season.

A very impressive ITM Cup campaign in 2014 in which Manawatu topped the Championship division saw him upgraded to the Hurricanes official squad for 2015. He started the 2015 Super Rugby season for the Hurricanes and set the competition alight with his quick feet and ability to evade defenders. His 2015 season did not go unnoticed by the All Black selectors as he was included in the 2015 Rugby Championship squad.

Of Ngāti Porou and Tapuika descent, Milner-Skudder was called up to the Māori All Blacks squad for their 2014 end-of-year tour of Japan.

He later roomed with Williams in Britain after being selected to play at the 2015 Rugby World Cup. Milner-Skudder went on to win the 2015 Rugby World Cup with New Zealand. He scored New Zealand's first try in the final, going over in the far right corner just before half time, and was awarded the World Rugby Breakthrough Player of the Year in 2015.

Milner-Skudder sustained a serious shoulder injury against the Blues in March 2016, requiring surgery to be performed. This meant he missed out on the rest of the Hurricanes' successful Super Rugby campaign that year- which saw the Hurricanes win the title after beating the Lions of South Africa in the 2016 Super Rugby final. He also missed out on All Black selection that year.

In January 2017, he re-signed for the Hurricanes and New Zealand Rugby until the year 2019. He made his long-awaited return during the 2017 Super Rugby season having missed the whole of the 2016 Super Rugby season.


He made 7 appearances for the Wellington-based side scoring 3 tries. He also played against the British and Irish Lions on two occasions (once for the Hurricanes and once for the Maori All Blacks). He was called into the All Blacks squad for their Rugby Championship squad and started his first test match since the 2015 Rugby World Cup Final - he scored 8 minutes into the match.

He managed 2 other appearances for the All Blacks in the Rugby Championship scoring 3 tries before picking up another injury in the match against the Springboks. He took his test cap tally to 10 in 2017 scoring 10 tries .

He made his 13th appearance for the All Blacks against Japan in 2018, all of which came in the starting line up scoring 12 tries. Injury prevented him for playing for the Hurricanes in his final year with the side and he signed with TOP14 against Toulon ahead of the 2019/20 season.

Milner-Skudder has played 50 games for Manawatu and 35 for the Hurricanes and was set to join Toulon in 2019 until a shoulder injury scarpered those plans.

He joined fellow Manawatu teammates Aaron Smith and Rob Thompson at the Highlanders for the 2020 Super Rugby Aotearoa Season.

In May 2022, he signed an undisclosed deal with Major League Rugby side, Rugby New York.