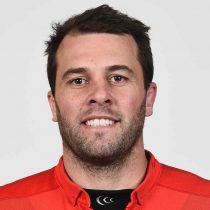 Born and raised in Auckland, Vella attended the renowned Auckland Grammar School and played first XV rugby with them for 3 years, captaining the side in 2008.

During this time, he made his way through the age group levels with Auckland.

Vella started his senior career with his local side, Auckland, making 14 appearances for them across 3 seasons from 2011 to 2013.

He then moved to the UK to try his luck, initially with London Welsh who he helped win promotion to the English Premiership in 2014. Latterly he had a short stint with RFU Championship side, the Bedford Blues before returning to New Zealand in 2016.

After a short spell providing injury cover for Super Rugby franchise, the Crusaders at the beginning of 2016, he was named in their main feeder union, Canterbury's squad for the 2016 Mitre 10 Cup.

He made 9 appearances, 7 of which were as a replacement for regular starter Ben Funnell and scored 4 tries which helped Canterbury lift that year's Mitre 10 Cup Premiership, their 8th success in 9 seasons.

He was included in the Canterbury's 2017 Mitre 10 Cup and once again helped the side to another Premiership final.

In May Vella was a late call up to the Hurricanes Super Rugby squad ahead of the clash with the Crusaders.