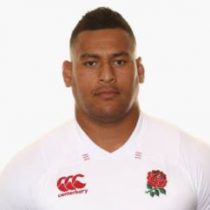 Hughes was educated at St Thomas' High School, Laukota, Fiji and was spotted by Kelston High School in NZ when they toured Fiji in 2008.

While featuring mainly at number 8 for Auckland, Hughes can also play on the blindside and at lock. Coming from a hockey background, Hughes credits the thrill and physical intensity of the game of rugby which lured him into giving it a try. He helped Auckland reach the ITM Cup Final before joining Wasps in 2013 where he qualified for England through the residency rule.

Hughes was controversially red carded (a career first) during the 2014/2015 season in the game against Northampton Saints after a shin collided with the head of George North after he scored a try, knocking him out. He was suspended for three weeks after the incident, but after an appeal was lodged he was cleared.

January 2016 saw Hughes re-sign with Wasps and in May of the same year he was one of five nominees for the RPA Player of the Year.

In October 2016, he became 1 of 6 uncapped players to get included into England's 33-man squad for the 2016 Wealth Series. Hughes was named in the England squad for the November Internationals and came off the bench to win his first Test Cap.

With only one international start to his name- against Australia- Hughes was the least experienced player in England’s pack during the 2017 Six Nations. However, an injury to Billy Vunipola saw him tasked with the bulk of England's ball carrying throughout the tournament. He performed admirably as Eddie Jones' side retained the championship.

Having been included in the England Squad for the June 2018 Tour to South Africa, Hughes travelled with 15 International appearances under the belt.

After 118 appearances for Wasps, Hughes signed a three-year deal with Bristol Bears in 2019.

Hughes, named in the 2019 Six Nations squad, has had 7 previous Six Nations appearances. He has yet to score any points.