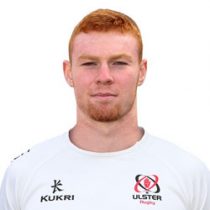 On 2nd January 2010, Nathan Doak led Ulster out against Munster at Ravenhill as the team’s mascot and 11 years on, the young scrum-half made his provincial debut from the bench against the same opposition.

The scrumhalf is the son of Neil Doak who was in the Ulster coaching box the night his son made his debut as an assistant coach after he had a distinguished career in the Ulster No9 shirt.

Nathan was instrumental in leading Wallace to the School’s Cup final in March 2020 but due to COVID-19 they had to share the trophy with Royal School Armagh.

He also played for Ireland U18s, Ulster A and was always destined to follow in his father’s footsteps.

He was included in the Ireland u20 squad for the 2021 Six Nations.