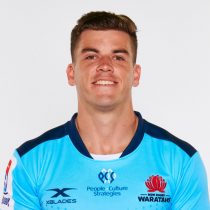 A nifty halfback who doesn’t shy away from a challenge. A product of Scots College, Short represented Australian Schoolboys in 2013 where showed off his great passing game and is a dangerous runner.

Currently applying his trade for Randwick and Sydney in the NRC, the halfback joined the NSW Waratahs as replacement halfback in 2018 and ended up scoring a try in his Super Rugby debut match against the Sharks in Durban.

He has since remained at the Waratahs making 11 appearances and scoring two tries by June 2020.