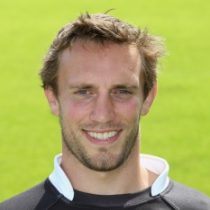 Mike Blair is a name that has become synonymous with Scottish rugby over the last decade.

Indeed, since the Edinburgh born man made his debut in 2002 against Canada, he was won eighty five caps, many of which were as captain. Blair was named captain of Scotland for the first time against Ireland in the 2008 Six Nations and retained the captaincy for twelve consecutive fixtures.

Prior to his 2012 move to Brive, Blair had played for Edinburgh for a decade and was twice named their player of the year, 2006 and 2008. Blair’s impressive 2008 form saw him become the only Scotsman in history to be nominated for IRB International Rugby Player of the Year award.

The next season, Blair was selected for the Lions tour of South Africa as a replacement for the injured Tomas O’Leary. To date, Blair was won eighty five Scotland caps, scoring six tries and has the honour of being Scotland’s most capped scrum half.

Blair, who earned 85 caps for his country and toured with the British and Irish Lions in 2009, arrived with Head Coach Gregor Townsend and Assistant coaches Matt Taylor and Dan McFarland from Glasgow Warriors and took up a new role as Skills Coach to the national team, while retaining his duties and responsibilities to the club outwith the test-match windows.

Blair enjoyed ten years with Edinburgh Rugby, playing his first professional game in 2001. Highlights included being runners up in the Magners League in 2009 and reaching the semi-finals of the European Cup in 2012. Scotland's most capped scrum-half captained his country on 14 occasions before retiring from international rugby at the start of 2013, aged 31.

He was named Scotland's Player of the Year in 2008 and was nominated for the IRB World Player of the Year that same season. He toured South Africa with the British and Irish Lions in 2009. The former Scotland captain has been assistant coach at Scotstoun since 2016 and started working with the national side in a dual capacity in 2017.

After the 2018/19 season, it was confirmed that Blair would join the Scotland coaching team on a permanent basis.