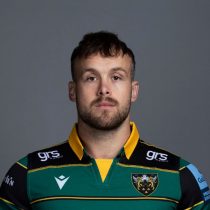 Originally from Port Elizabeth, van Vuuren is a physical and technically astute hooker. A member of the SA U20 team in 2011, the hooker went on to represent the Cheetahs in both the Vodacom and the Currie Cup that season.

The front-ranker then signed a two-year deal in 2012 with Stade Frances in French Top 14.

van Vuuren joined Bath Rugby from Leicester Tigers for the start of the 2016/17 season on a two-year deal.

The versatile, dynamic hooker has the experience of playing in three major rugby leagues early in his career, having also played in the Top 14 (Stade Francais) and Super Rugby (Cheetahs and Kings), while also representing South Africa at the U20 IRB Junior World Championship.