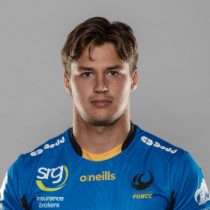 A nippy halfback, Michael McDonald grew up in the small Irish town of Carlingford, an area with a population of just over 1000.

At the age of 13, McDonald made the move Down Under to Perth and he has since become an Australian citizen.

McDonald rode up the rugby ranks in WA, ultimately featuring for the Western Force in their Rapid Rugby campaign in 2019 as a teenager and featured for the Junior Wallabies in the 2019 World Rugby Championship.

A move to Sydney followed for the exciting halfback as he signed for the Sydney Rays in 2019 with a Super Rugby contract with the Waratahs following ahead of the 2020 Super Rugby season.