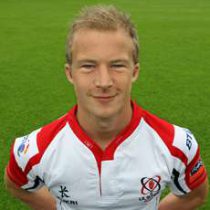 Heaney is an experienced scrum-half who won the 2010 Under 20s Six Nations Championship with Ireland, having also represented Emerging Ireland.

He came through the ranks at Ulster Rugby before making his debut in 2010, and then made a six-month move to England to play for Doncaster in the Championship.

The number nine then returned to Northern Ireland where he made 29 appearances for Ulster between 2012 and 2015, before rejoining Doncaster, where he has since played 74 times, scoring nine tries.

In 2015/16, he was part of the Knights side which reached the Championship final and played in both legs, which included a win over Bristol Rugby at Ashton Gate.

He was also part of the Doncaster side which reached the play-off semi-finals last season before their dreams of reaching the top flight were ended by London Irish.

In February 2018, Heaney signed for Worcester Warriors ahead of their 2018/19 season. He is currently still with the club.