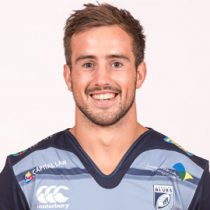 A fly half with immense potential, Morgan made his Ospreys debut at the age of eighteen in 2010. Elusive in the open and a tremendous kicker, Morgan has scored a massive sixty four points in just four appearances for the Welsh U20 side.

He was included in the Wales squad for the 2015 World Cup due to Leigh Halfpenny's injury.

January 2016 saw Morgan pen a two-year deal with Cardiff Blues for their 2016/17 campaign.