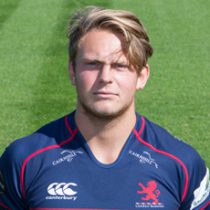 Marley has been with the Cardiff Blues academy as well as the Wales age groups.

He signed for London Scottish after impressing during a trial with the Scots, including in both pre-season matches against Blackheath and Saracens.

Marley has confirmed that he has re-signed for the 2017/18 season at the Athletic Ground.