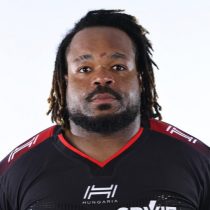 Bastaraud is an absolute powerhouse of a player, complemented with excellent ball-handling skills and ferocious speed for his size.

A product of the third division SU Massy, it was evident that he was too good for that level and he was signed up by Stade Francais in 2007.

He made his international debut against Wales in 2009. He also played a vital role in France's Grand Slam victory of 2010.

He signed for Toulon in 2011 and has become an influential player in the squad. He was included in the French squad for the Six Nations Championship in 2015, and impressed in that competition, starting all 5 games for his country.

Off the back of that impressive showing Bastareaud was included in the final 31-man squad for the Rugby World Cup in 2015.

Following the World Cup Bastareaud did not feature in any off France's squads until January 2017, when he was called into the squad as an injury replacement for Henry Chavancy and Wesley Fofana.

Bastareaud missed the opening round of the 2018 Six Nations Championship due to suspension. He returned to international rugby on 23 February 2018 to start against Italy

In September 2018, he won Best International Player for France at the Nuit du Rugby ceremony in France.

In April 2019, Bastareaud confirmed that he would be joining Major League Rugby side Rugby United New York on a short term deal after the World Cup, with a possible return to Toulon thereafter.

In June, Bastareaud was left out of France's squad to prepare for the Rugby World Cup in Japan, he subsequently announced his retirement from test rugby bringing 58 test career, including 30 matches in the Six Nations and 4 in the World Cup and scored five tries.

After missing out on a place in the France World Cup squad, he joined Lyon on a short term-deal before he joins Rugby United New York and is expected to move into the break row for Lyon.

Bastareaud's stint at Rugby United New York was cut short with the season called off due to the outbreak of the coronavirus, the former France International returned to France signing a two-year deal with Lyon