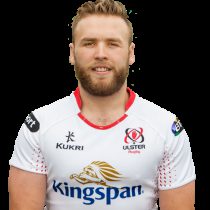 Best is a product of the Ulster Rugby Academy system. He started the 2016/17 season on a Development contract with the Ulster senior squad.

Belfast-born he has been part of the Ulster set-up from under 18 level, at which age group he also played for Ireland. He was a regular feature in the Irish province's British & Irish Cup campaigns over two seasons and captaining Ulster 'A'. He has also played domestic rugby for Ballymena.