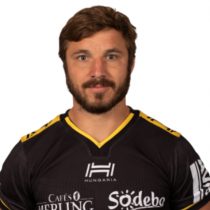 A dangerous winger with a keen eye for the tryline Marc Andreu started his professional career at Toulon, where he made over 50 appearances between 2002 and 2009.

The speedsters career only went up from there as he earned his first call up after making the move to Castres ahead of the 2009/10 season.

He made his test debut during the 2010 Six Nations and dotted down for his first try two weeks later against Italy.

Andreu made over 100 appearances for Castres before making the move to Racing 92 ahead of the 2013-14 season.

The 7-test cap winger has since helped the side lift the Top 14 title as well as two Champions Cup Final.

At the conclusion of the 2017/18 season he signed a deal with La Rochelle.