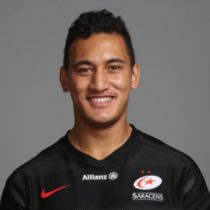 Cousins to Billy and Mako, Manu received his first call-up to England U18s in early 2018 before making his England U20s debut as a replacement against Wales in the 2019 Six Nations.

Having been born in Otahuhu, a suburb of Auckland in New Zealand, he attended King Alfred School upon moving to the UK before going on to Harrow School – taking A Levels in politics, sports science and photography.

He was selected for the 2019 World Rugby Under 20 Championship in Argentina, and also for the 2020 Six Nations Under 20s Championship.

As of February 2020, he has made nine appearances for England under-20s