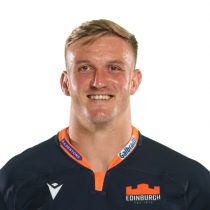 Educated at Afrikaans High, Luan de Bruin represented the Bulls youth leagues from an early age starting from u13 and went right through to the u19s.

In 2011, he was selected to represent the 2011 SA Schools Academy team where he represented his country against France. In 2012, he made the move to Bloemfontein, where he made 11 appearances for the Free State u19s in 2012 and was included in the UFS Shimlas squad for the 2013 Varsity Cup competition, where he made six substitute appearances.

He went on to be a regular starter for the SA u20s in 2013 as the side finished third overall with de Bruin starting the 3rd place playoff as well as the victory over England making four appearances in total.

Capable of playing at loosehead or tighthead, de Bruin was a member of the 2020 Green Squad in the internal fixture for the World Champion Springboks. By 2020, de Bruin had over 50 caps for the Cheetahs before he signed a deal to join the Leicester Tigers in England ahead of the 2020/21 season.

De Bruin made 17 appearances for the Tigers before making the move to Edinburgh ahead of the 2021/22 season.