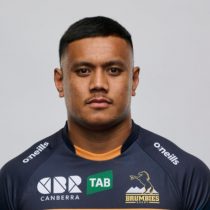 Len Ikitau was born in Australia but grew up in New Zealand, before coming back across the ditch for when he was 12 and played rugby league at NRL-nursery Marsden State High School.

The speedster left the school that produced Cameron Smith and Israel Folau to accept a scholarship at prestigious boarding school Brisbane Boys College.

The hard-running midfielder with a good left foot helped Canberra Vikings to the NRC Final in 2017 before being selected for the Australia U20 side to play in the World Championships in France in 2018.

Having moved to Brisbane in 2016 he took up a position in the Brumbies Academy and in late 2018 he was promoted into the wider super Rugby squad ahead of the 2019 Super Rugby season.

Len Ikitau continued his rugby education at the top level by making his first start for the Brumbies in the 2019 Super Rugby season.

His debut against the Blues indicated a player with immense belief and no little quality, a potential game-changer who didn’t look out of place, with the young talent from Brisbane hoping to see more minutes in the coming seasons.

A traditional thirteen, in that he is terrific in both attack and defence, Ikitau punches above his weight and possess a booming left-foot.

An integral part of the Tuggeranong Vikings team that made the local Griffin Legal John I Dent Cup Grand Final in 2019, Ikitau recovered from injury to be part of the Canberra Vikings NRC push.