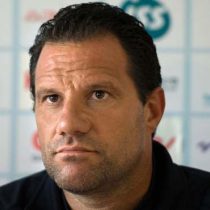 Labit started his playing career at Rugby Club Revelois before joining Castres Olympique where he won the 1992–93 French Rugby Union Championship at the Parc des Princes against Grenoble.

He also spent some time at US Colomiers , AS Béziers , Union Bordeaux-Bègles and UA Gaillac where he made an impact as a back line player. In his early years he represented France at a U23 level and later played for France A, but never managed to get selected for France national rugby union team

Labit's coaching career started at US Montauban in 2004, where he helped them get promoted into the Top 14 in the 2006 season together with Laurent Travers.

In April 2019, France announced that Labit will join their set up at the end of the season alongside incoming head coach Fabien Galthie.