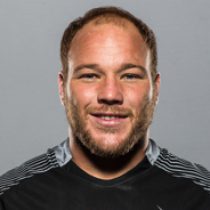 A product of Glenwood High, Cooper came through the age-group ranks at the Sharks. Strong performances for the U19 and U21 teams helped the hooker gain selection for the 2009 IRB Junior World Championships in Japan where he played an influential part in the BabyBoks third place finish.

A tough, nuggety front rower with plenty of power, aggression and acceleration, Cooper earned his first Currie Cup start in 2011 and was quickly drafted into Super Rugby for the Sharks in 2012.

After 51 appearances for the Falcons, Cooper agreed a loan move to Exeter Chiefs until the end of March 2020.