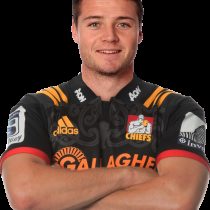 The versatile flyhalf Kaleb Trask broke onto the rugby scene with his success with Rotorua Boys’ High School, where he won four national titles
.
Trask was selected for the New Zealand Barbarians after impressing in his last season at college.

In 2018, Trask was selected for the New Zealand U20s. He was then signed by Bay of Plenty following the U20s campaign.

He was named MVP at the Jock Hobbs memorial tournament.

After an impressive first season for Bay of Plenty, he was called up to the Chiefs for the 2020 Super Rugby season.