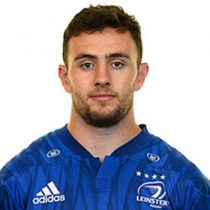 The former St. Michael's College and current UCD clubman is a tough, hard-working forward who can cover second-row & back-row.

Murphy played for the Ireland U20's at the 2015 World Championship in Italy and had three years with the Leinster Academy.

In October 2019, he was named in Leinster's squad for the 2019 Champions Cup, where he is set to make his debut in the tournament.

As of November 2019, he has made 26 senior appearances for Leinster and has scored 5 points.