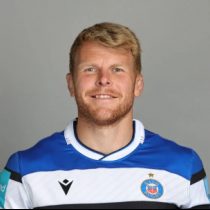 McNally was named in the Championship Dream Team following an outstanding 2015/16 season for London Welsh, which saw the Hereford-born lock score four tries in 18 appearances.

Scooping the 2015/16 London Welsh Supporters Club Player of the Season accolade, McNally went on to make seven appearances prior to his switch to Irish.

Having spent more than two seasons at Old Deer Park including a campaign in the Premiership, McNally signed for London Irish until the end of the 2016/17 season, a contract that was later renewed beyond the 2017/18 season.

After serving in the Royal Airforce, McNally was released of his duties to pursue his rugby career with Irish.