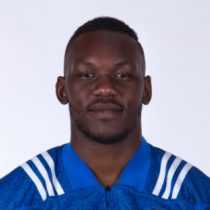 A hard-running uncompromising loose forward, Joseph plays most of his rugby at 8th man but is equally comfortable at blindside flank. From 2015-2018 he was part of the RC Massy Essonne Academy and youth programs where he represented France U18 as well as the France U18 7's sides, notably in a successful 2018 season for the U18 XV's where his side dominated their tournaments.

He made his U20 International debut in the opening game against Ireland off the bench and was the catalyst in turning the game around as France clawed back to win the game after trailing it.

In June 2018, Joseph was named Breakthrough Player of the Tournament at the World Rugby U20s Championships.